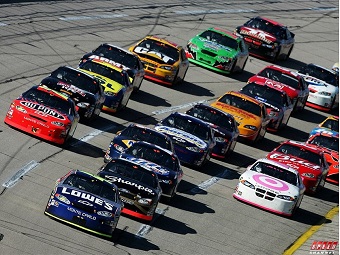 Boogity, Boogity, Boogity! Let's Go Racing Boys!! A famous cry as millions of viewers across America, and the rest of world tune in to watch the high adrenaline sport of NASCAR racing

We will be commencing a Kiwimodeller NASCAR Group Build, beginning 00:00 Monday 23rd November and running through to 23:59 21st November 2016

The build is open to any scale, but is limited to vehicles from the NASCAR Sprint Cup Series and NASCAR Xfinity Series. Historical NASCAR vehicles are also eligible