Tweet Follow @twitterapi
Less More
1 year 4 months ago #1 by grover
1:350 Hobby Boss 688(VLS) Chicago was created by grover
So one of my little modelling goals is to build a bunch of the platforms from Tom Clancy's Red Storm Rising. The only book that I read every year. With that in mind, a while ago I bought a Hobby Boss 688 3 in 1 kit, with it being able to build a 688, 688(VLS) and 688i

The Chicago features as one of the main platforms, and I was drawn particularly to that storyline after playing the original Jane's 688(i) Hunter Killer. I actually started the build many months ago, but just came back to it.
I had to work on the seam that was created joining the two halves, so while spending time with the family, I decided to hand paint Vallejo on the seam to help me see where I needed to concentrate on. 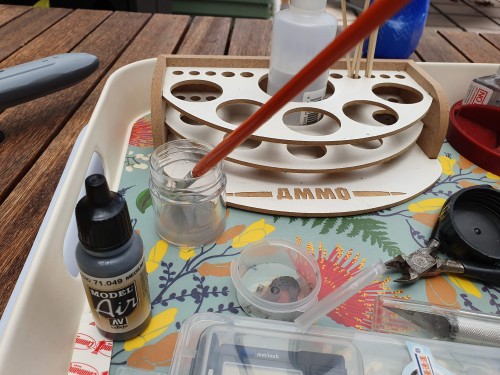 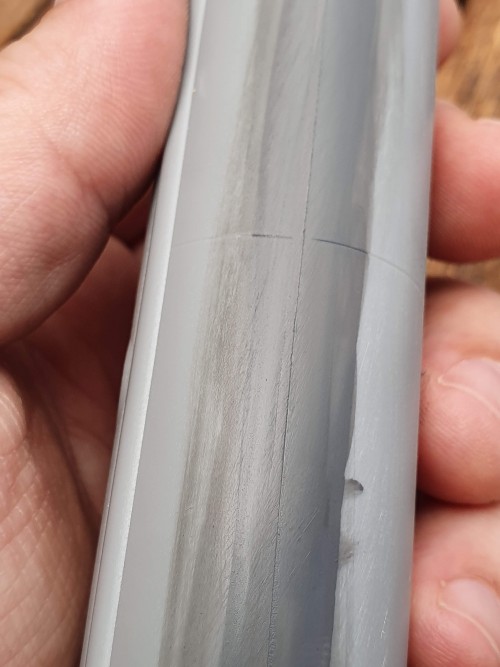 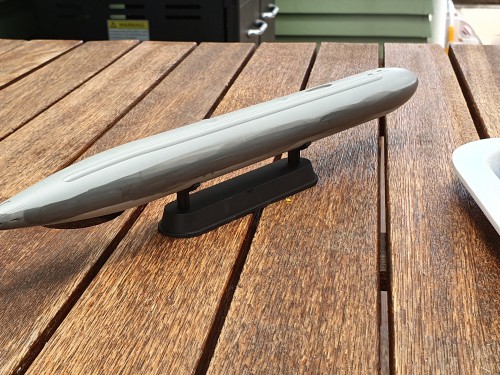 For a simple kit, I spent a huge amount of time working on the seam. 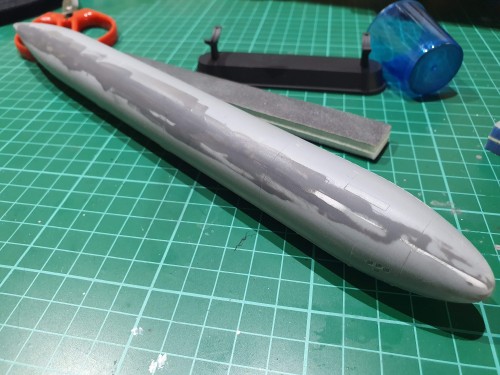 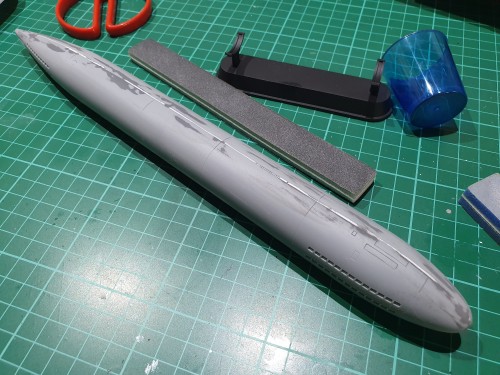 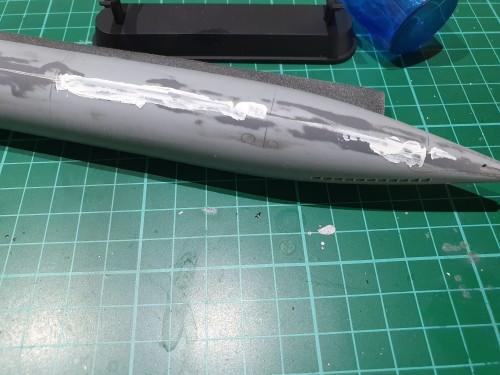 Finally, I was ready to add some paint. I used Stynylrez to prime. I'm not really using it to create any shading. 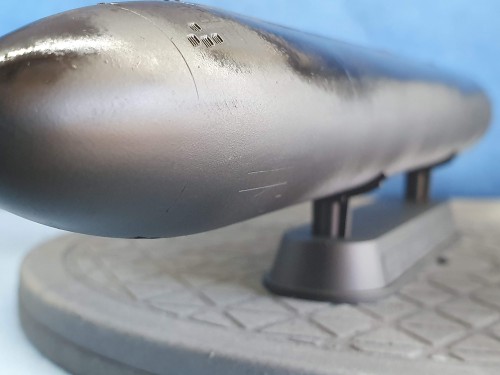 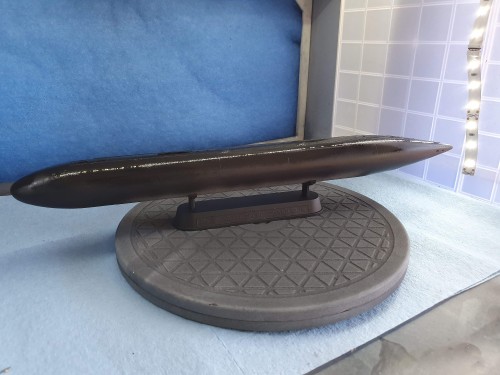 And I saw i needed some more filling and sanding 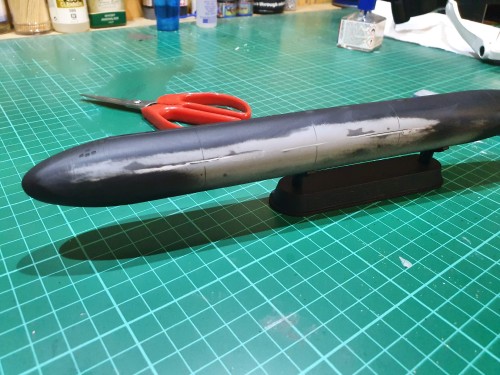 I had built the sail much earlier, which included a little bit of PE. It needs some refinement though and I don't know if I will keep all the sensors up. 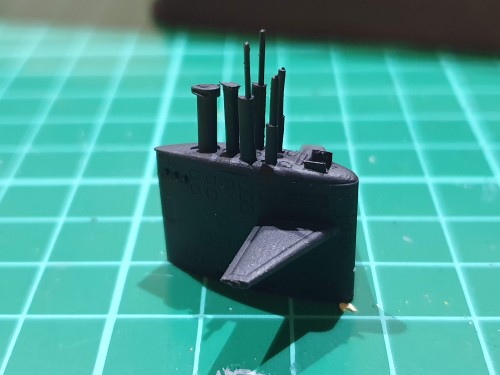 I started adding all the other parts. Some of them were tiny and pinged off my tweezers so didn't end up in the build, but I doubt they will be noticed. 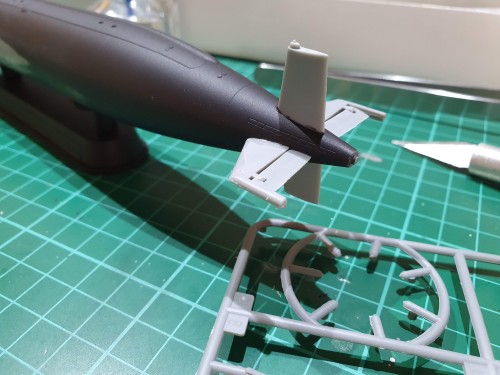 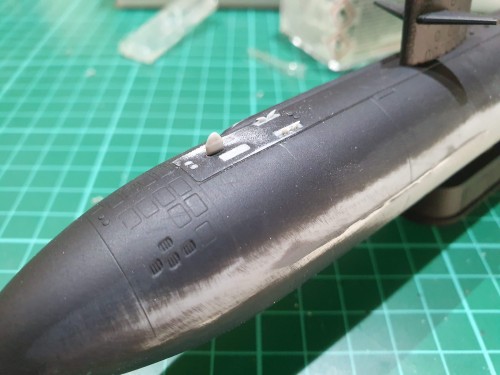 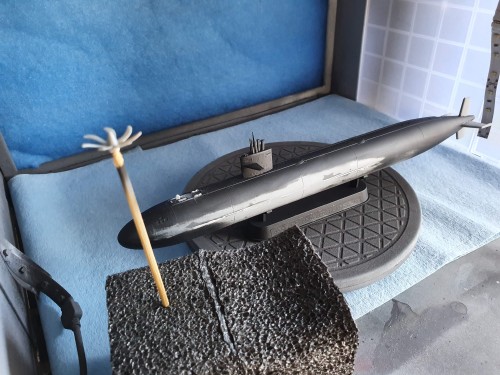 There is the option for a plastic screw or a PE one. I decided to use the plastic one as it required no shaping. I had some Citadel Bronze paint, and decided to use that for the screws instead of the recommended Gunze Gold. 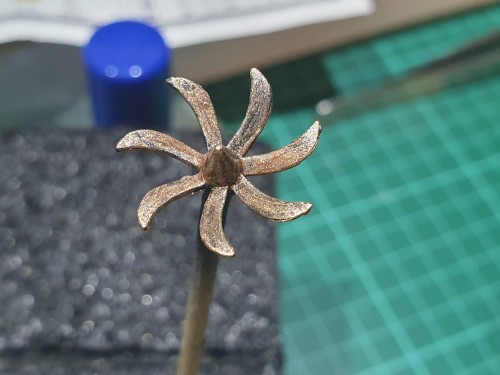 Finally I had it ready to paint. 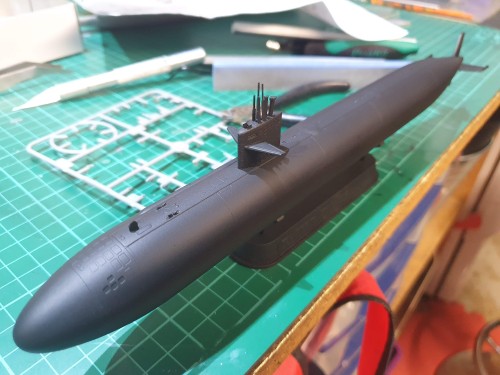 The paint chart called for Hull Red for the majority of the hull, but upon opening it, it just seemed too brown. 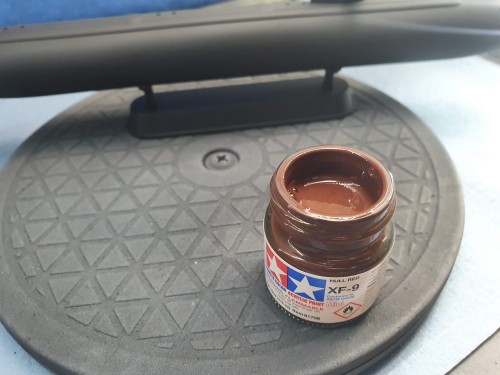 Thanks to some recomendations, I mixed the hull red with flat red XF9. Initially, I tried hull red first and added in the XF9, but ended up using mostly Flat Red and just a little bit of Hull Red. This darkened the shade considerably. 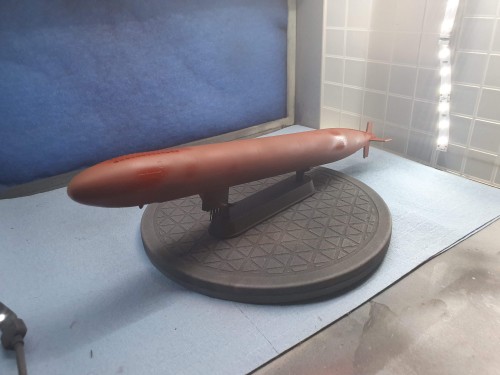 Being summer, and bit humid, my first coat was done at a low air pressure, but the finish still came out grainy coarse, as well as very blotchy. 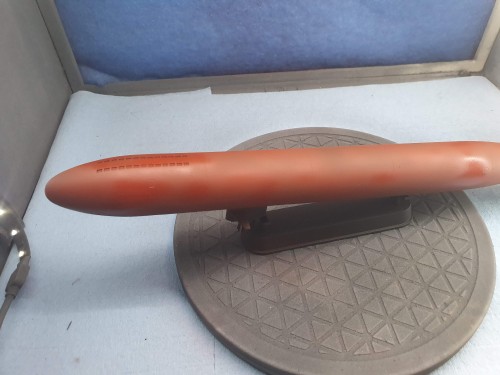 I decided to paint it again, and changed from a .2 needle to a .4 and got much better coverage 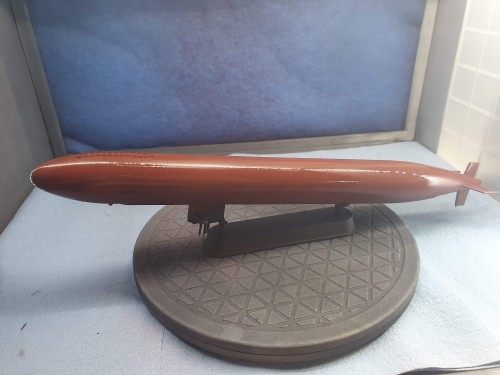 And also sprayed a neat coat of Self Leveling Thinner over it to hopefully give a nice smooth finish. Will see tonight how well that worked. 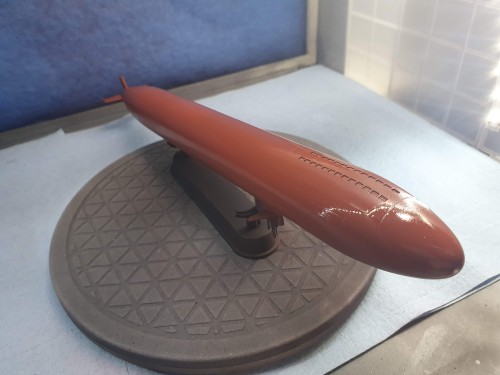 Less More
1 year 4 months ago #2 by Nosferatu
Replied by Nosferatu on topic 1:350 Hobby Boss 688(VLS) Chicago
Nice work so far Kane! Its odd..When I built the typhoon I thought.."its a black cylinder...How hard can it be?" There is a lot of work in a modern sub!
"Of all the things I've lost I miss my mind the most"

Less More
1 year 3 weeks ago #3 by grover
Replied by grover on topic 1:350 Hobby Boss 688(VLS) Chicago
So although Ive been in lockdown, I’ve been expected to work and free time has been used playing Elite Dangerous. Not much time for modelling but I have done enough to call this one done. I cleaned up the streaks, and sprayed some satin clear. I wont show the bottom side, it’s a bit of a mess, I did however learn a bunch of things from the build. Now I’m keen for the next build. Need to finish my to shelf of doom kits first though. 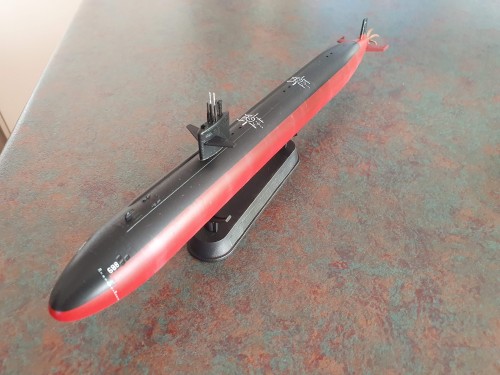 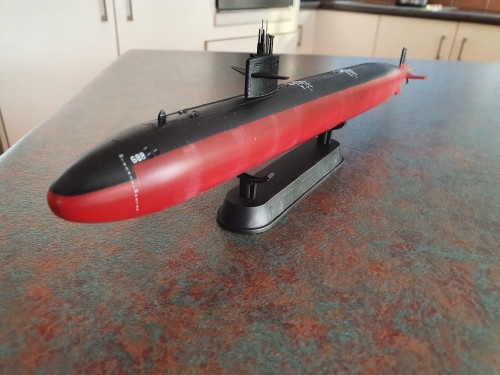 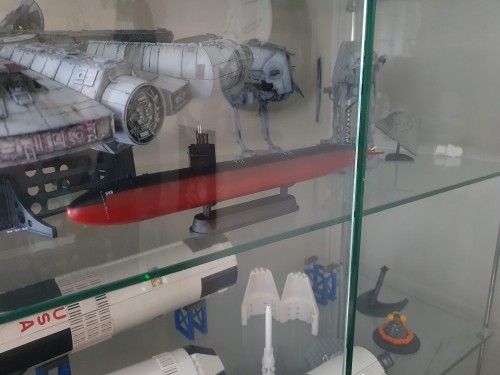