Tweet Follow @twitterapi
Less More
2 years 4 months ago - 2 years 4 months ago #1 by Whiterook
WWII Russian ZIS 42 "Snow Coach" Halftrack was created by Whiterook
This was a model built a few years back, which was a 1/35 scale, FORT kit which I had bought at an estate sale many moons ago. The kit was old as the hills, though! But what really turned this into one of my favorite builds was, the application and use of my first try at whitewash!!! I used the old 'hairspray' technique, which was really pushing the envelope for me at the time. But once I got going with it, I found it was actually pretty quick to pick up the technique.

Produced between 1942-1944, the ZIS-42's main function was to trail heavy guns and provide transportation of various cargoes in areas without roads. I loved the utilitarian look of this little vehicle and it's what drew me to purchase it. The vehicle screams 'rough going' on snowy and swampy roads, to me. 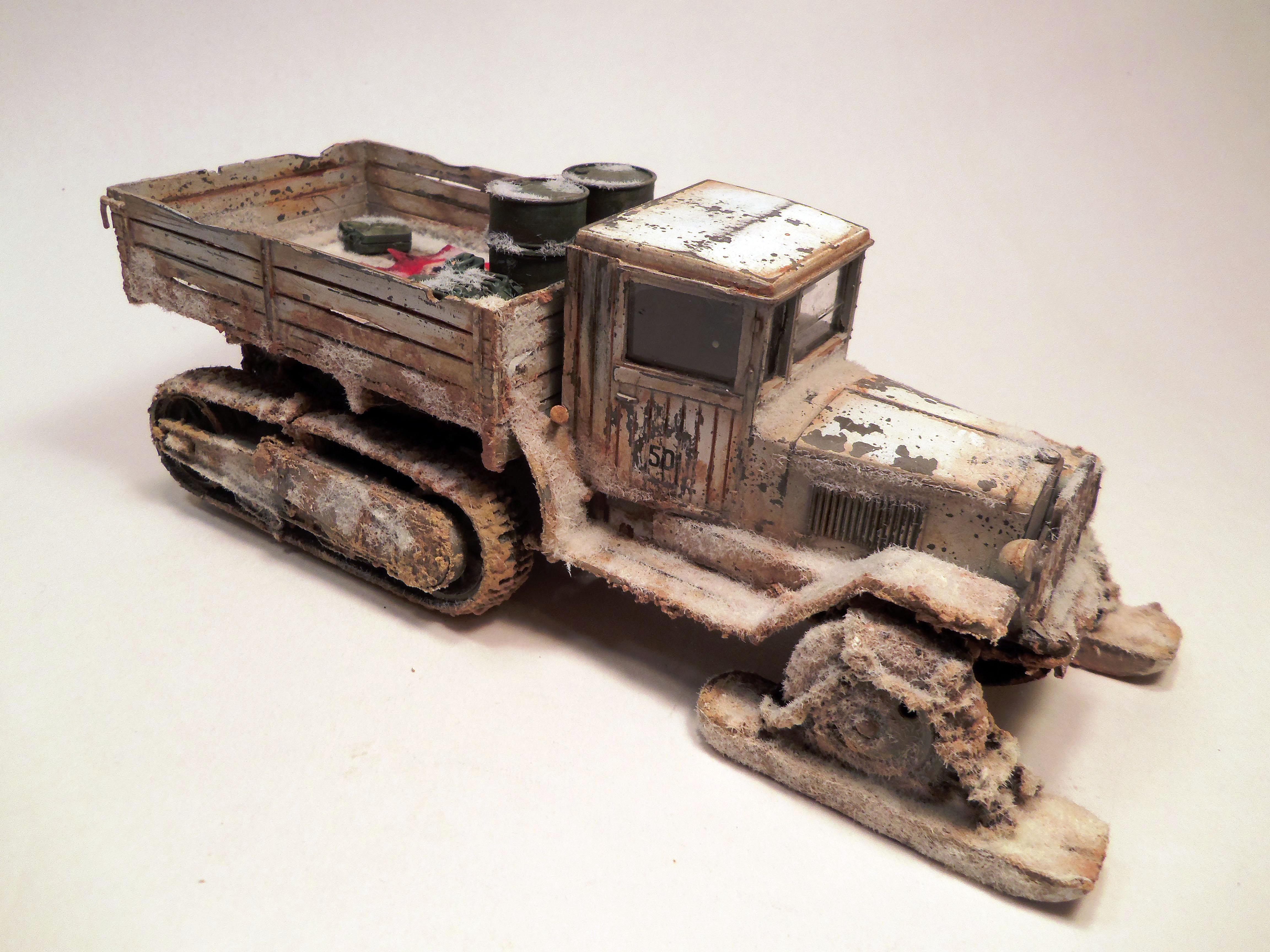 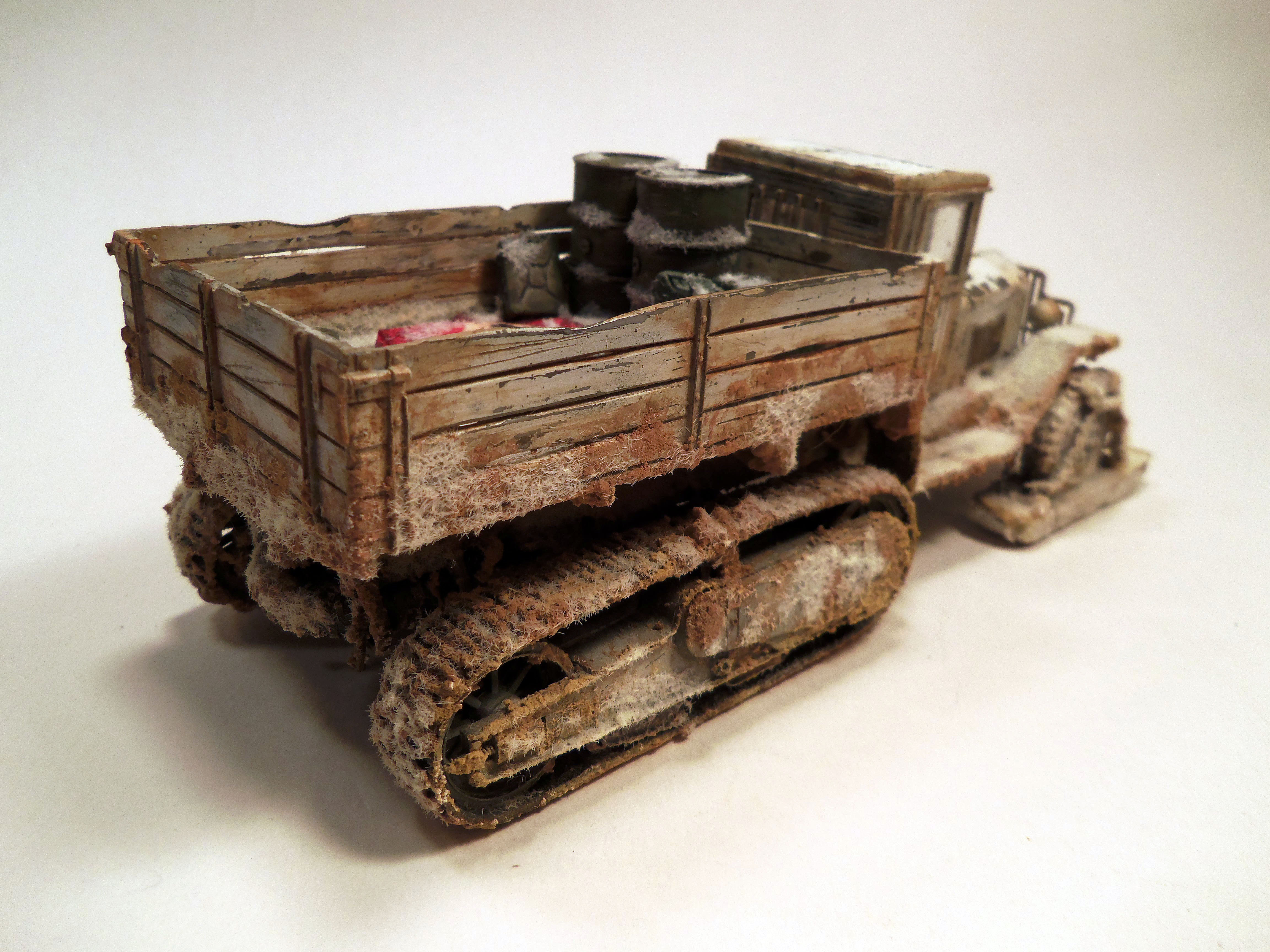 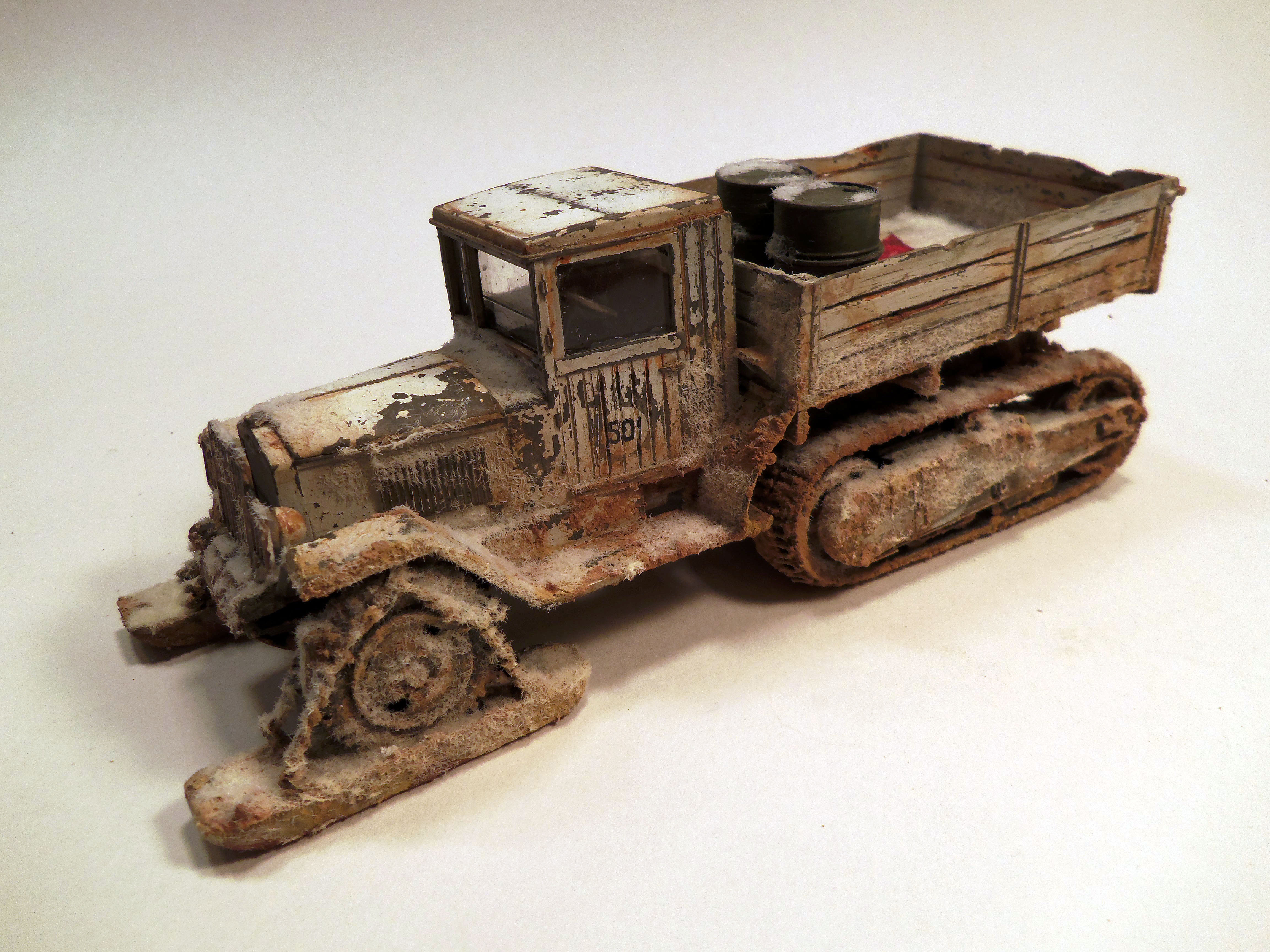 Some accessories were added, in the form of some barrels, Jerry cans, scratch-built tire chains to hold the upgraded scractbuilt skis, and a scratch-built Nazi flag. The idea of the flag was not only to add a little color 'pop' to the piece, but also a theme of the Russians having used the flag to wipe up oil from the drums! Note the undercoat peeking through the chipped paint! The original color looked so off, but I knew the weathering I'd do would change it drastically, which it did, and I think it contrasts nicely with the dirty whitewash. Another new thing on this kit for me was the use of fake snow.... bought a professional diorama product for that, which worked wonderfully. A little tricky to use but, the effect is marvelous. Note the truck bed rails...I carved them down for wear, and scratched them up to portray the heavy utilitarian use these half-tracks bore. 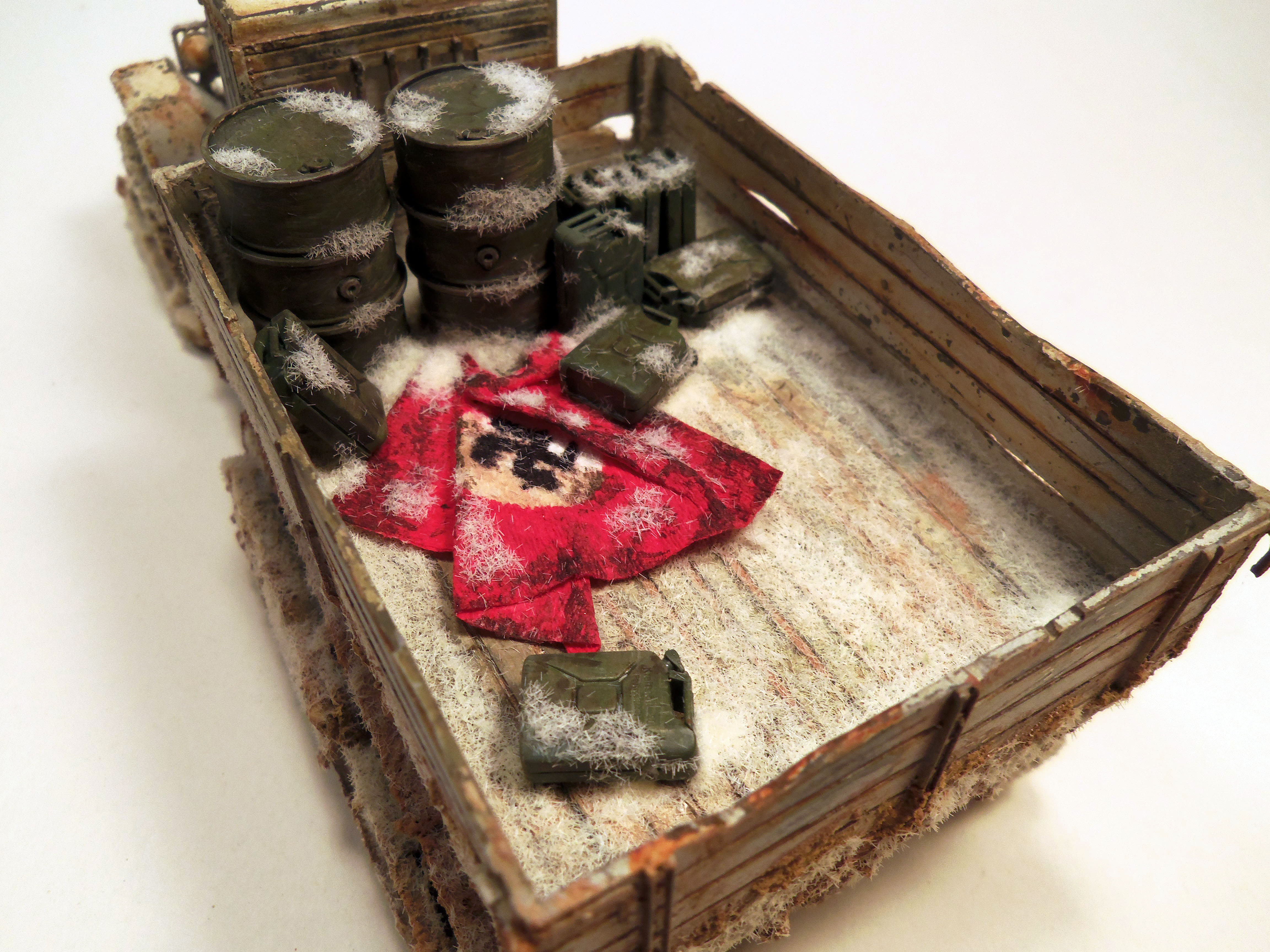 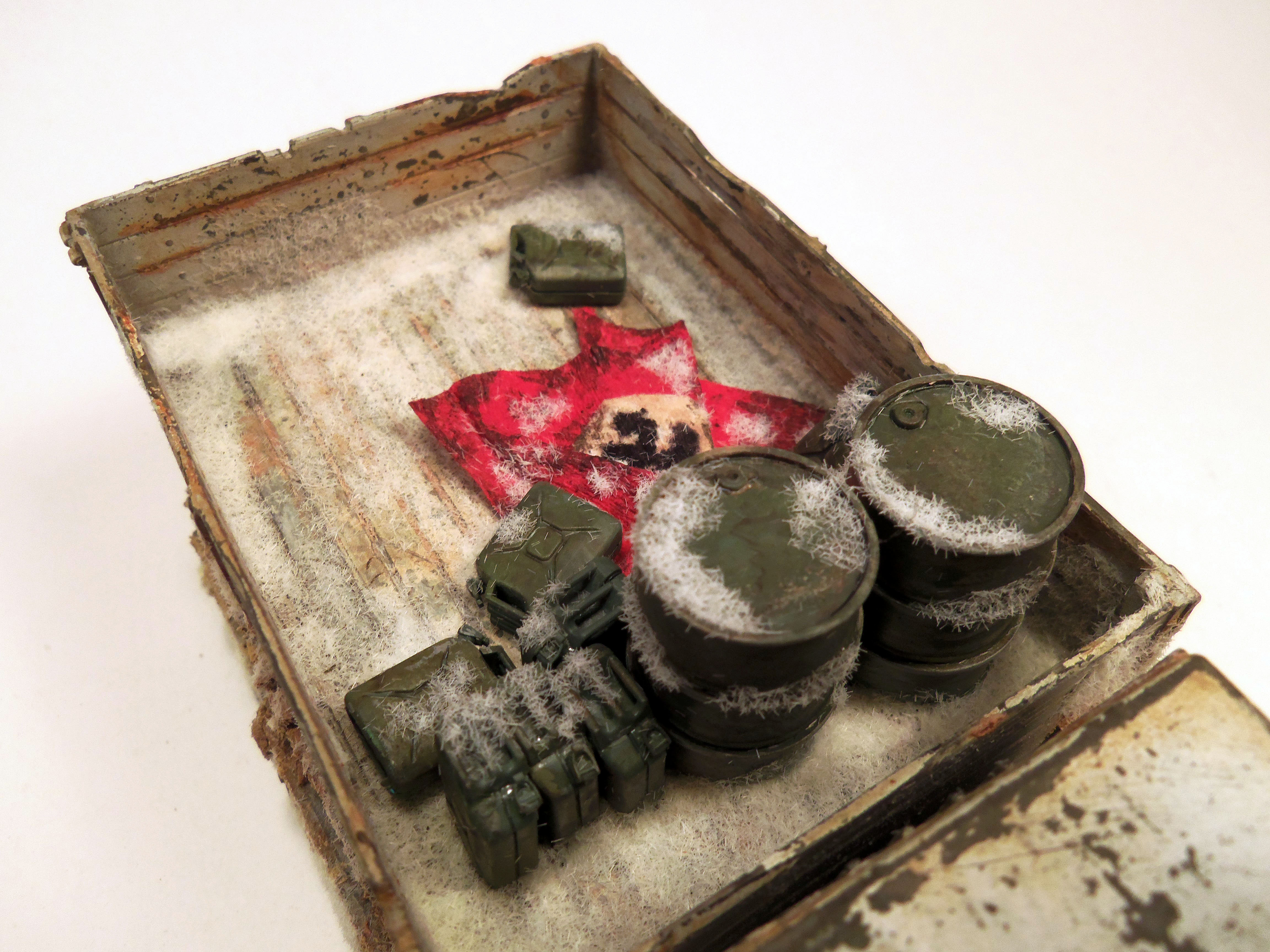 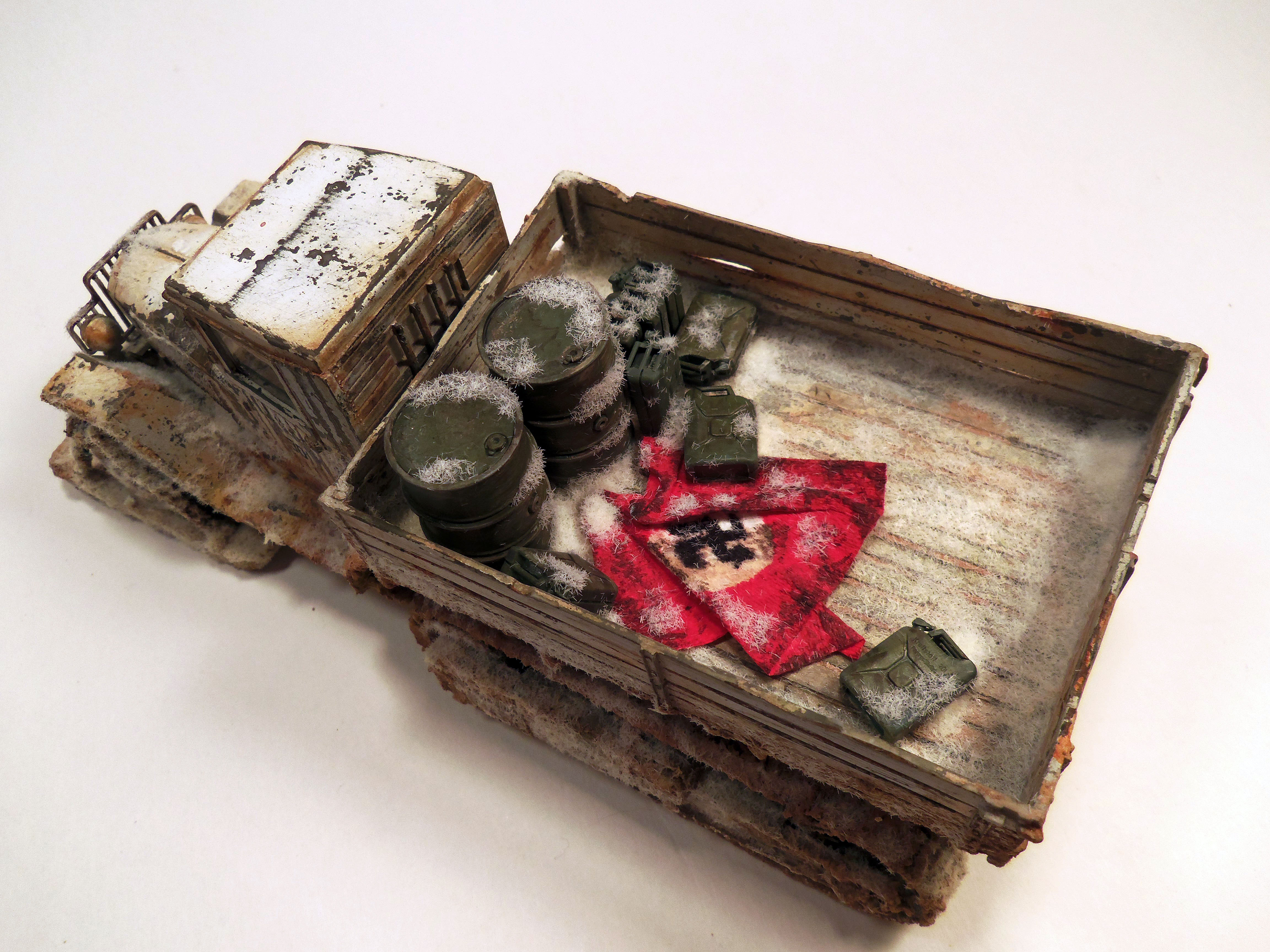 The flag was made with paper shop towel material, as I recall. Hand painted.

The skis came with the kit, but they were open-topped and unrealistic. I scratcbuilt tops, as well as the chains.... 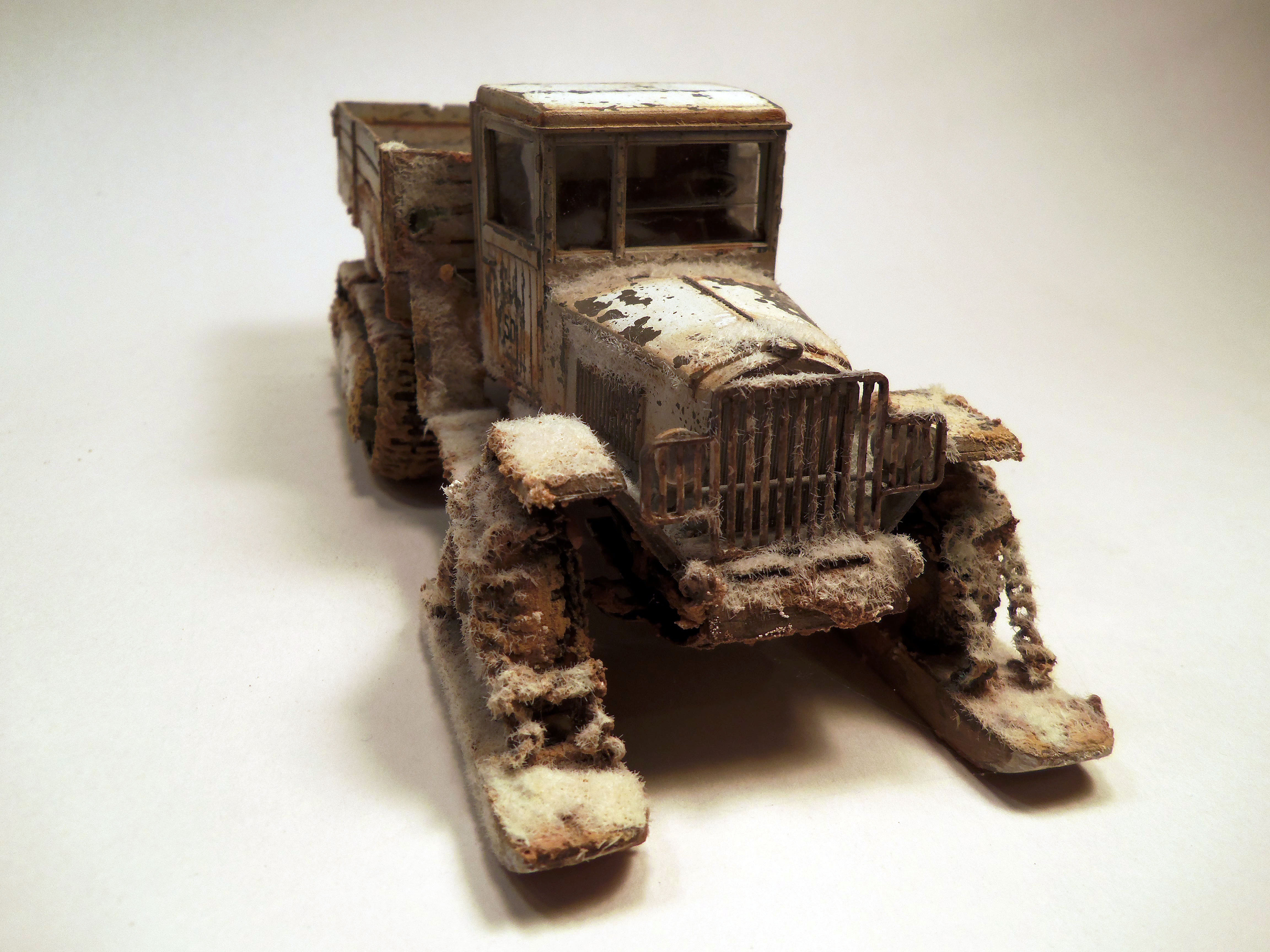 Thanks for taking a look!

Thanks for taking a peek!
Last edit: 2 years 4 months ago by Whiterook.