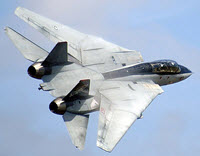 Proudly bought to you by Kiwi Modeller in conjunction with Mighty Ape!

The Universe is vast beyond measure, and within it exists untold dimensions. Beyond these is “Te Kore” - The Nothingness. In between the reality of our existence and Te Kore “The Kiwi Modeller Sci-Fi and Fantasy Group Build”!

Parameters for this Group Build
Pretty much any subject is allowed, as long as it’s not real. Examples include Gunpla / Macross / Gundam, TV/movie models, Warhammer, Apocalypse, Steam Punk, Sci-Fi, Bio-Mechanical, Fantasy, Figurines (not based on real people). Out of box, aftermarket and scratch built all allowed. 3D printed items are also allowed but must be totally created by you, not edited from someone else’s work or had elements imported. No partially started kits or work allowed. Entrants must have been be KM members for at least 2 months. Normal vetting for any cynical entries as usual.

All entries must have a build log posted in the group build forum presenting regular progress. Judging will be by community vote and possibly guest judge (to be confirmed). Prize(s) are also to be confirmed. Entries are welcome from KM members outside of NZ and if you win a prize you just need to pay the international shipping. Voting will run for the week following the 15th October 2016, ending at midnight on the 22nd October. A deadlock will be decided by a separate run-off vote. An affordable donation to Kiwmodeller.com is always much appreciated from those participating.