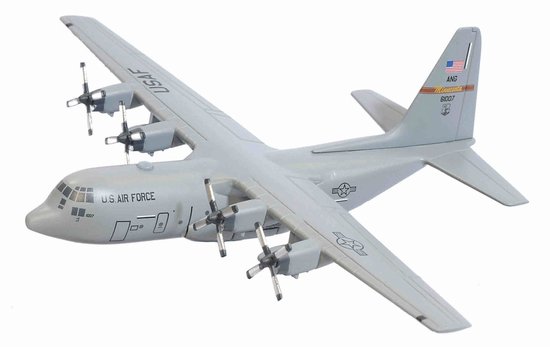 Interestingly, the 109th Airlift Squadron was actually the first ever Air National Guard unit in the whole of the USA. Members of the former 109th Aeromedical Squadron came up with the idea of putting these particular markings from a Convair C-131 Samaritan air evacuation aircraft onto the C-130. Now Dragon is newly launching this C-130 Hercules model as a commemoration of this remarkable unit of the Air National Guard (ANG).