First info form the WWW is starting to appear on the Takom M3 Lee and what you get is an early vehicle that was either can be made into either a Lend lease or training vehicle inthe US. This kit is not correct fro the US vehicle used in North Africa. It has the early exhaust system, for NA it needs the Sherman exhaust and fish tail exhaust.  It also need the twin 30 cal mount in the front glasis plate along with different side hatches.

The common one in NA also had a shorter main gun and counter weight on the barrel.

So its a start but outside of the LL vehicle to the Soviets thats it. But that is a unique vehicle, what the Soviets though of it though compared to the T34 cannot have done a lot for Soviet western relations!

olive drab replied the topic: #1 4 years 2 months ago
Already fitted to the turret basket. With the Takom kit being a different version to the Academy kit I will most likely carry on with the Academy once I sort a correct exhaust and probably Resicast running gear.

Gary replied the topic: #2 4 years 2 months ago
I've got an unbuilt Academy kit I'll be starting in the near future, what condition is your turret in?

olive drab replied the topic: #3 4 years 2 months ago
Takom will soon be releasing a late model M3 Lee to the three versions already out. Anyone want a partly finished Academy kit with panzer art kit turret? 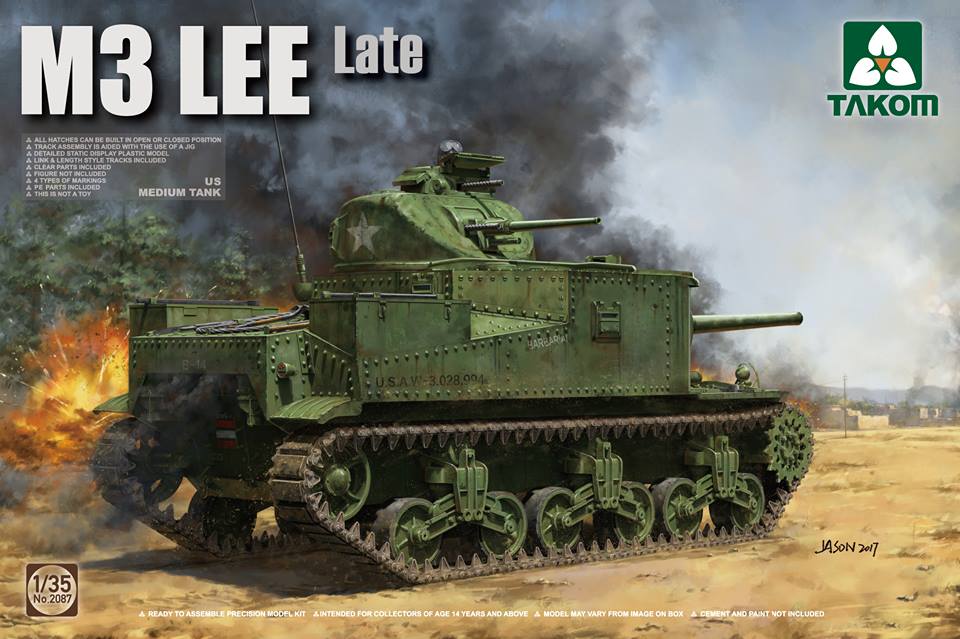 First kit with the correct exhaust system.
One thing this is a final production version not the late. The late version had the hull side doors the final had these removed, and did the final see combat in North Africa?
Read More...