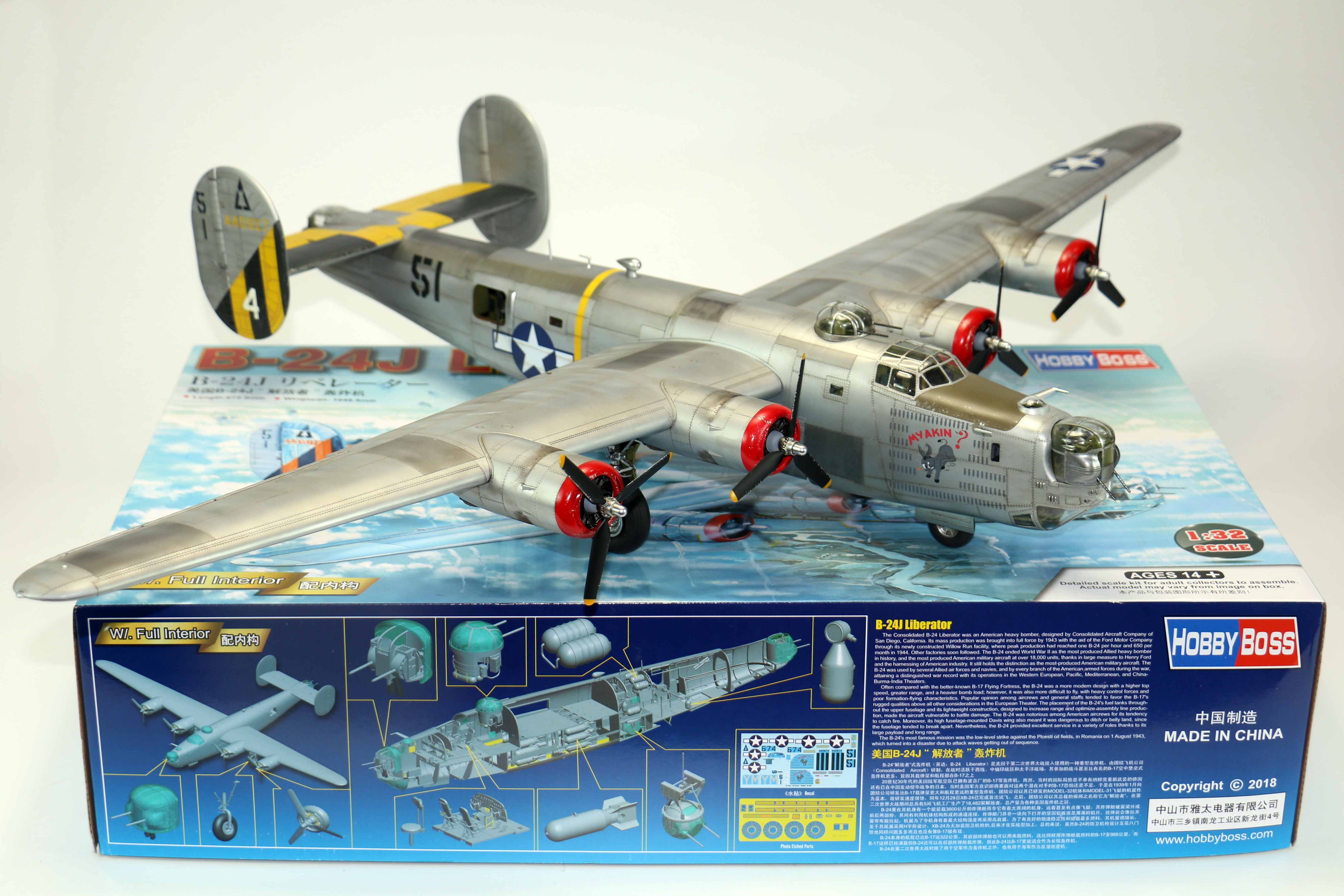 I’m a bit of a B-24 “fanboy” having run a website about Liberators for the past 25-30 years. My stash is similarly populated with Liberators of all shapes and sizes but when I saw that one was being built in 1/32 I jumped at the chance to get one and build it.

A Review of The Kit

Ok so the kit has some accuracy issues and a couple of downright wrong “features” but if you can get past these it builds in to one hell of a kit.

The fit of the plastic parts is just so accurate that you could almost build the whole thing as a push fit kit. I’m sure over time as the moulds wear this will change but for now you could almost cut yourself on the crispness of the pieces.

The sprue pile alone is quite impressive as you can see below. 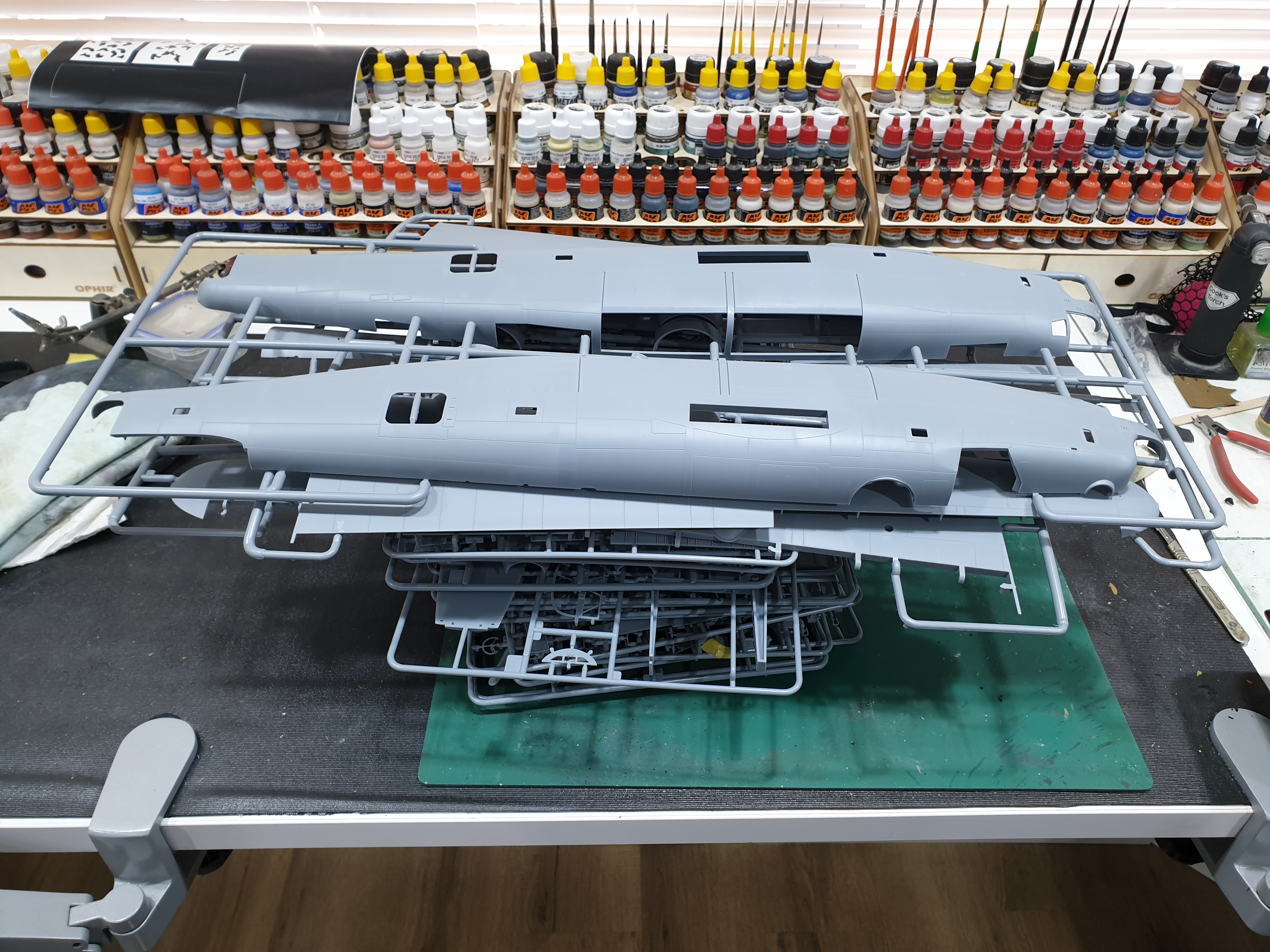 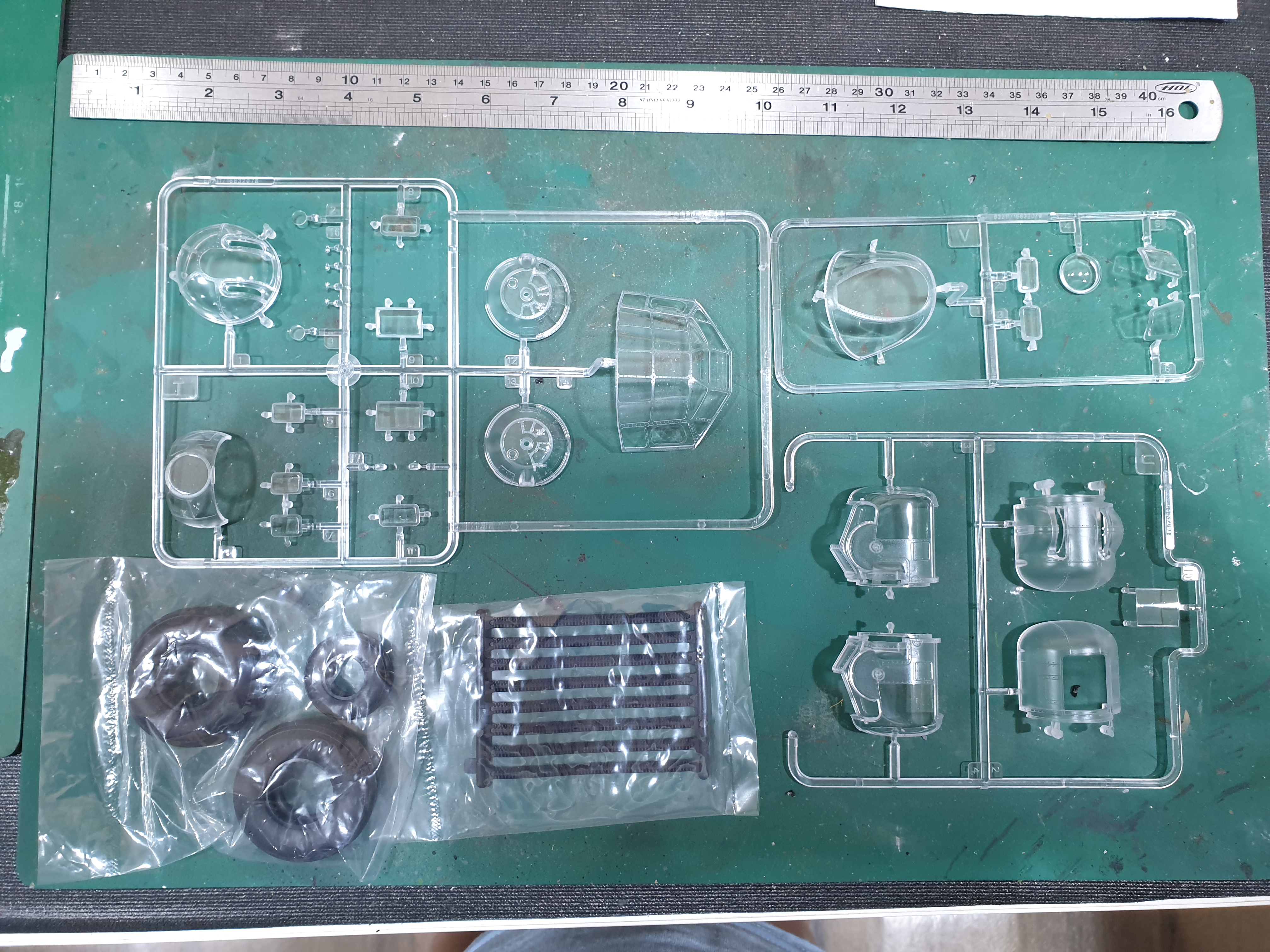 The fuselage alone is fairly big even compared to it’s counterparts, the B-17, Lancaster and the B-25 (all from HKM. 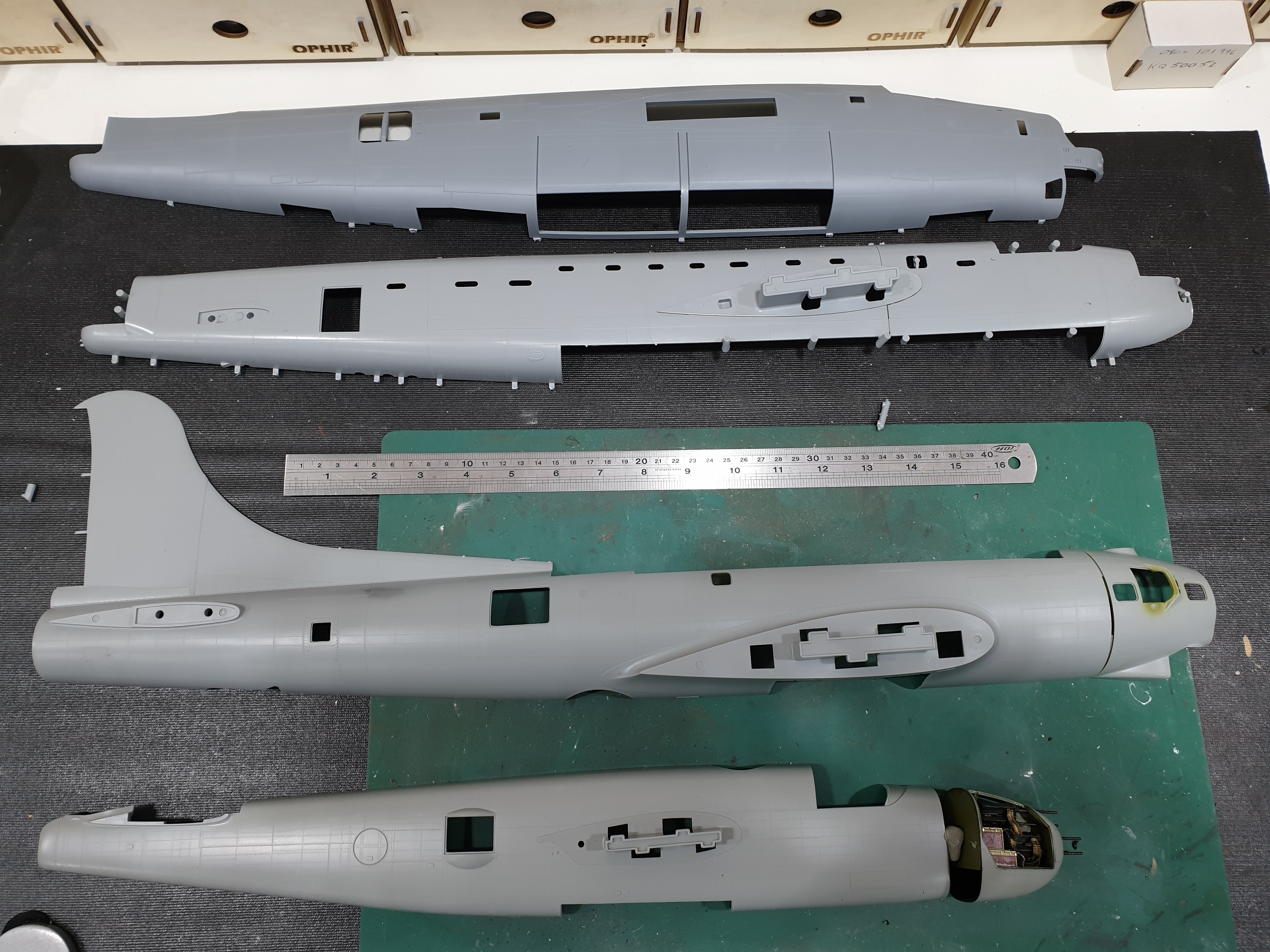 This build is virtually out of the box with minor addons and scratch building, adding belts and barrels is almost obligatory these days, it’s such a simple thing to add but in my opinion adds so much.

I’ve used RB Productions belts; I prefer these over Eduard and HGW as they are coloured both sides and being made of absorbable material take stains well. The barrels are from Master Models, in my opinion they are worth spending that bit extra for.

As I said before the kit itself is sublime to build, it just slides together begging to be built.

The cockpit here is seen fully assembled using just push fitting, even the throttle quadrants are just slotted in temporarily. 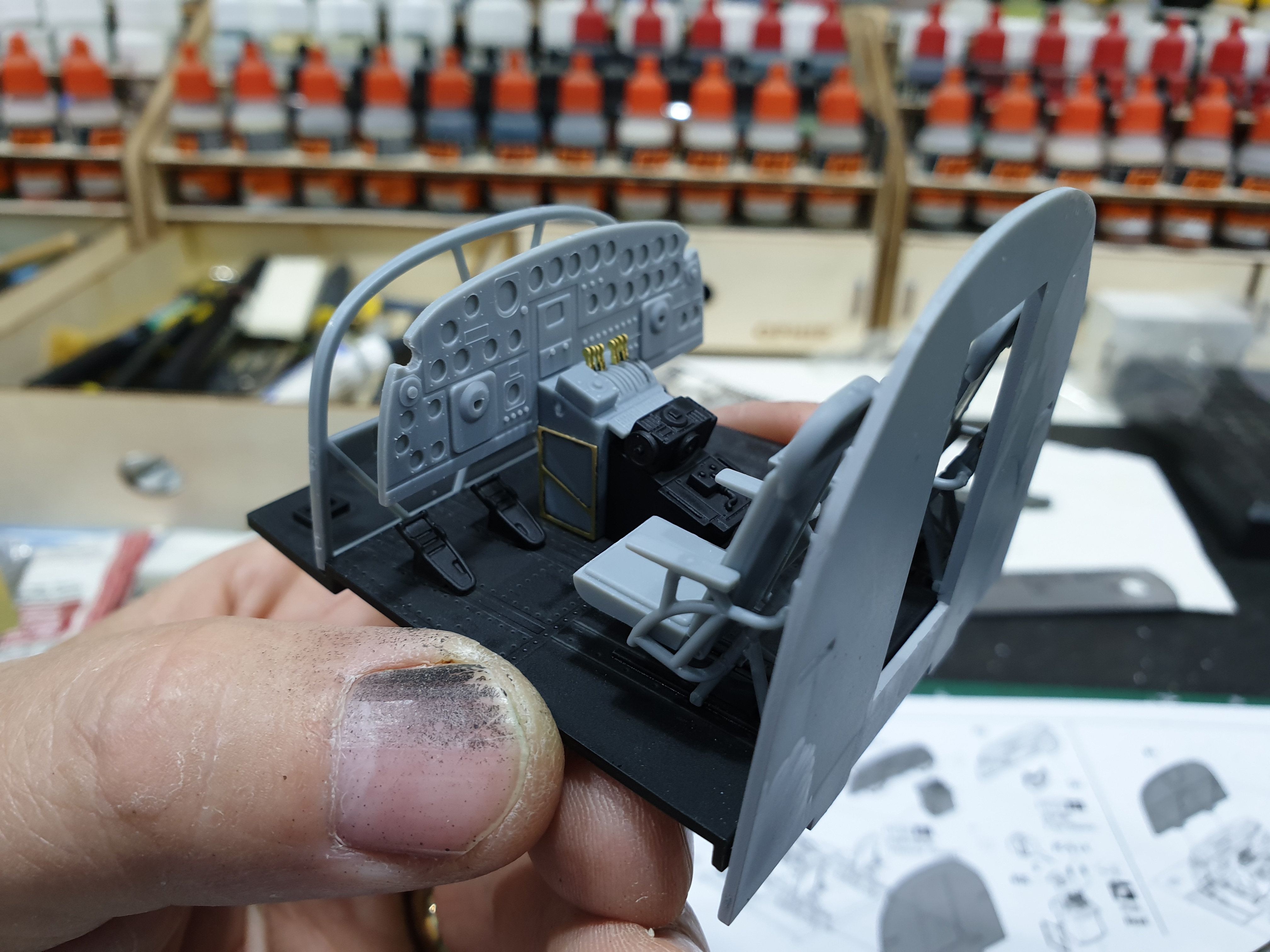 Fully assembled and painted with the only alteration being the dials which I’ve punched out inserted the decals on to a backing piece to give a sense of depth (and to ease alignment). 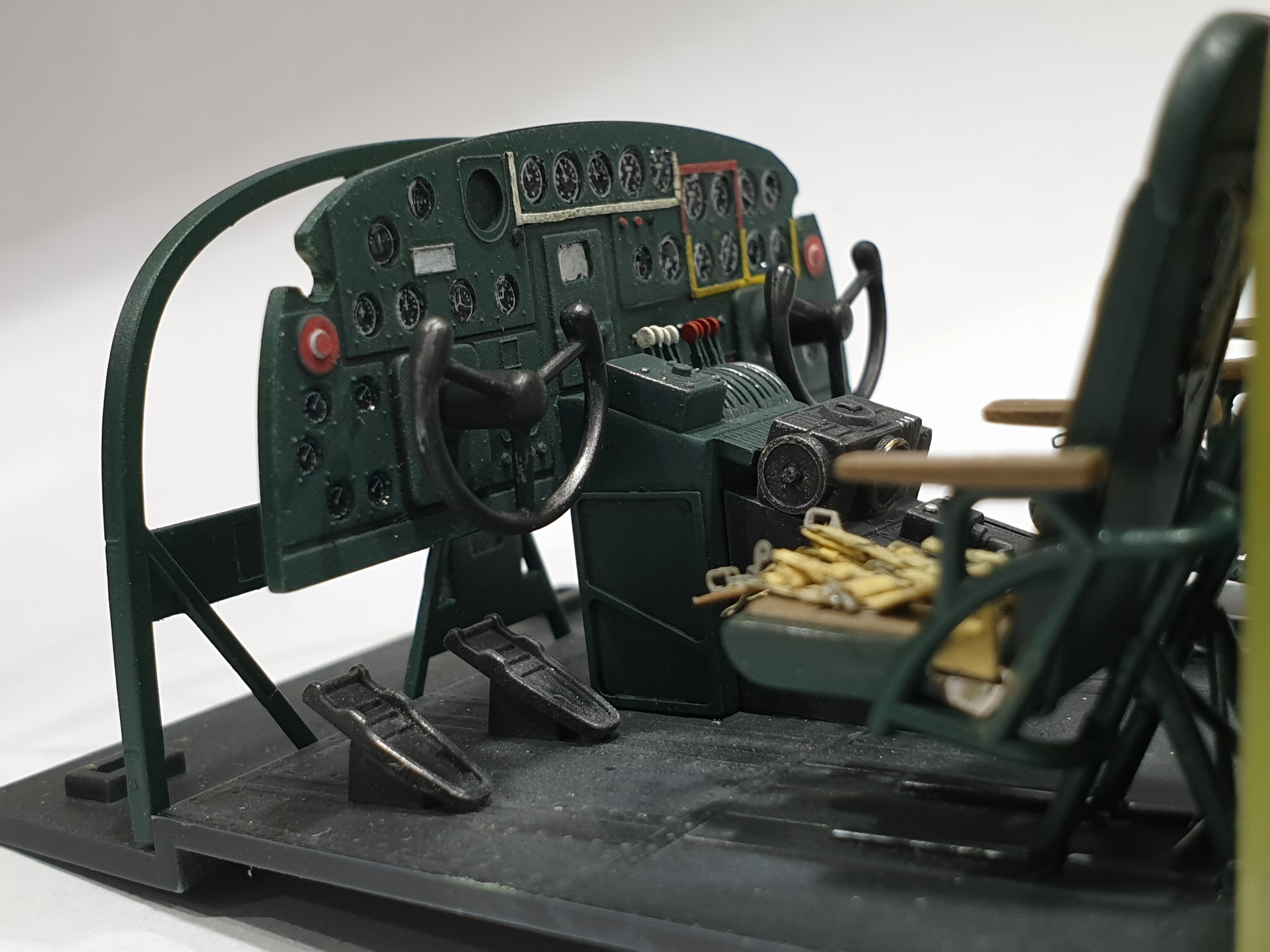 The aforementioned belts from RB Productions. 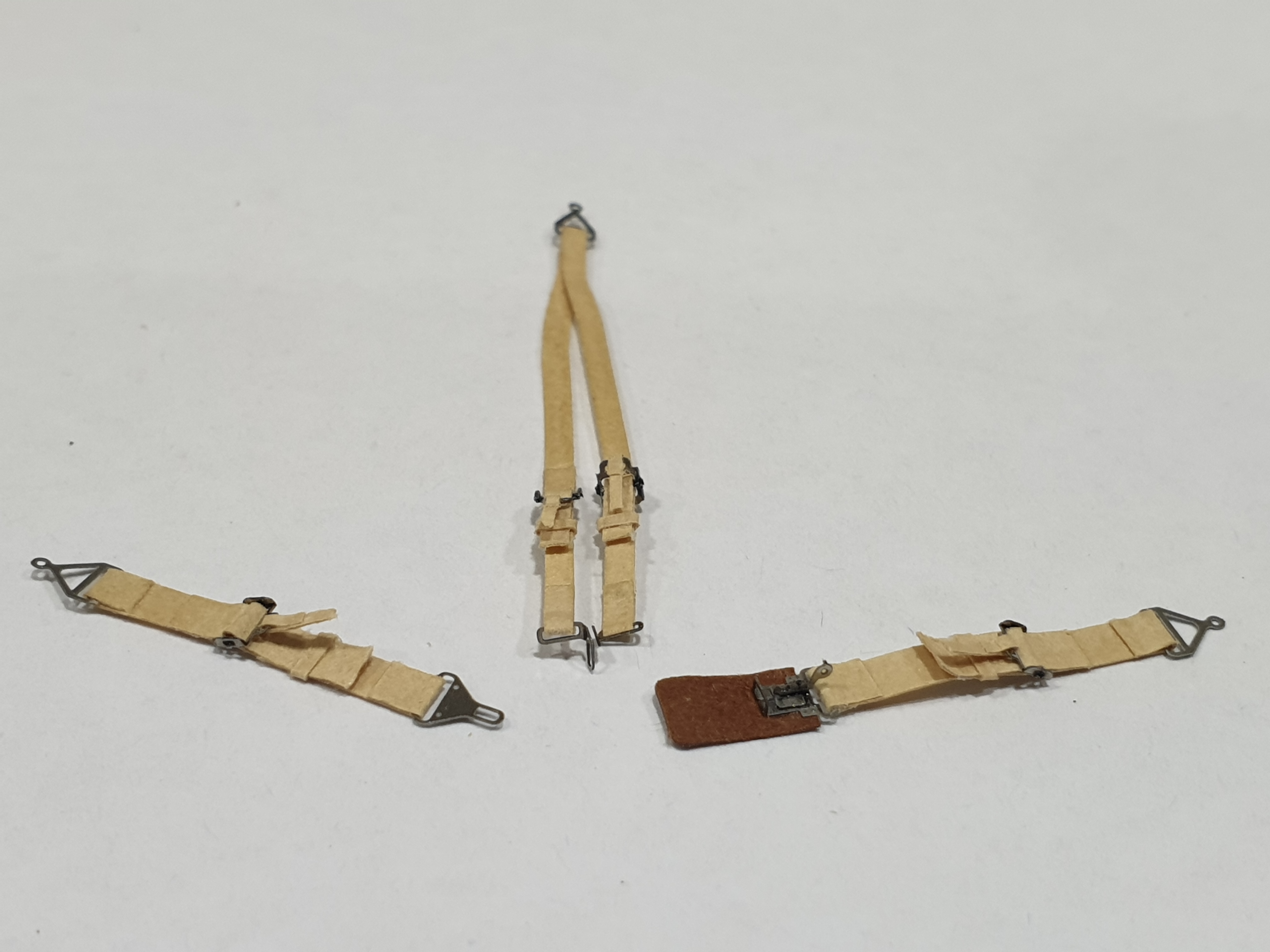 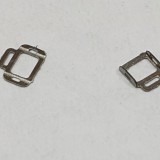 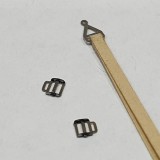 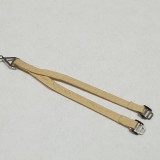 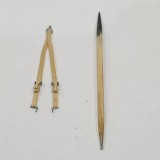