Tweet Follow @twitterapi
Less More
7 years 1 month ago #1 by Flying_Kiwi
Lindberg Blue Angels F11 Tiger 1:48 was created by Flying_Kiwi
Doesn't get much crappier, but its really hard to find after market decals for the F11 let alone a model bigger than 1:72 still available!

I am building everything the Blue Angels flew - jet wise in 1:48 or bigger, I have always loved aerobatics teams (Thunderbirds, Fecce Tricolor etc) and knew a couple of the Kiwi Red chaps for a short while. But the team that had the most balls were definitely the Blue Angels!

Anyway so the kit is horrible white styrene, raised panels and exaggerated rivets, the good news is the fit looks ok, in fact pretty snug so whats ahead of me? take the panel lines or sand the lot off and re-scribe...i hate re-scribing...anybody got a time saving technique?

The cheap b@astards only give decals Blue Angels 2 ! wow there were only 4 in those days you think they could stretch to a further 3 numbers! or i make a stencil and paint the suckers on.

The kit art, i think i can do better here! 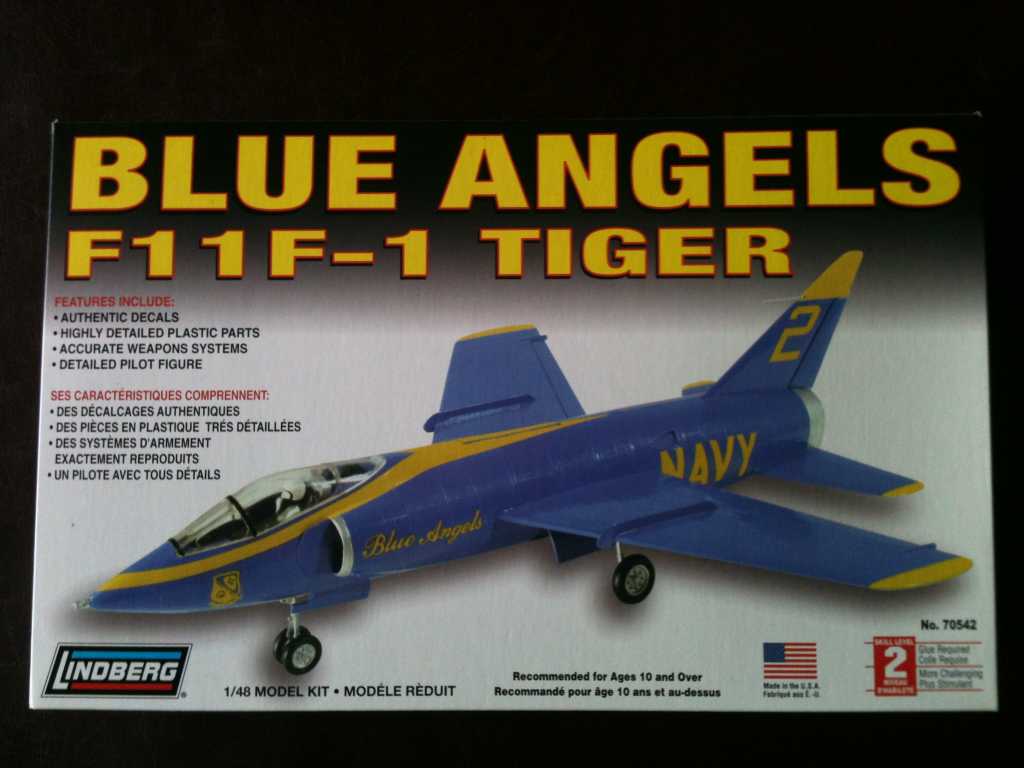 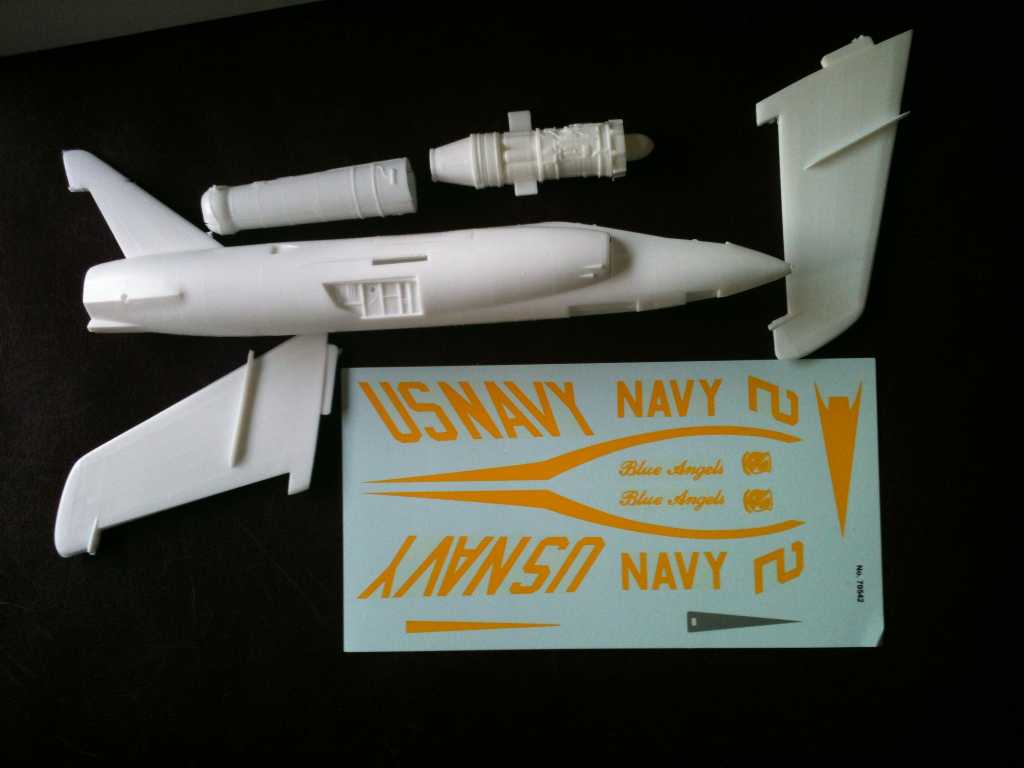 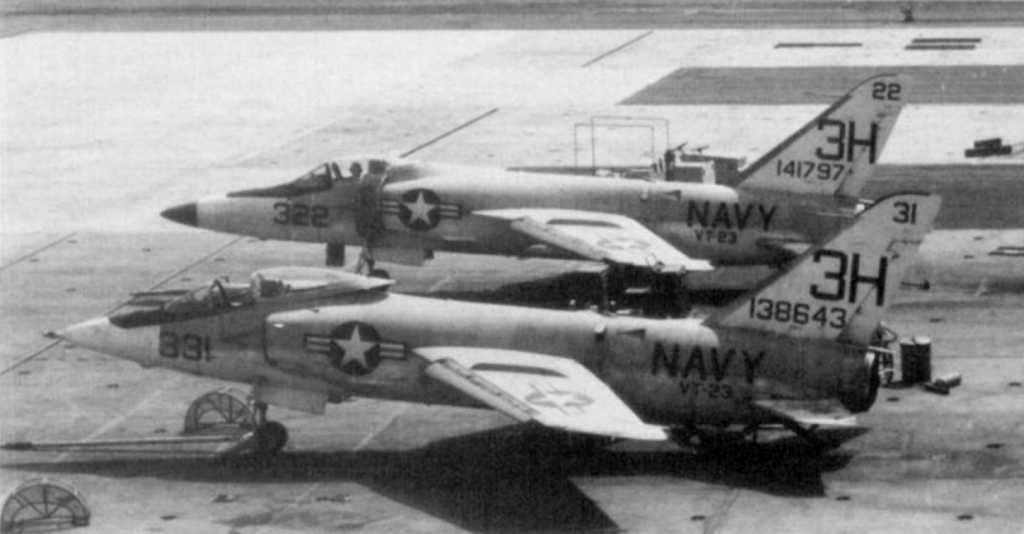 Blue angels and the short noses

Less More
7 years 1 month ago #2 by CyNaKyL
Replied by CyNaKyL on topic Lindberg Blue Angels F11 Tiger 1:48
At least they give you a whole engine. Being a Lindberg kit I'm surprised how much like a Tiger it looks, normally they look absolutley nothing like what they are supposed to be.
Will be watching this one...

Less More
7 years 1 month ago #3 by Flying_Kiwi
Replied by Flying_Kiwi on topic Lindberg Blue Angels F11 Tiger 1:48
I have the prototype A4 from lindberg, it looks like a dart!!! ok time to crack on!
Most pilots last words are "Watch this"

Less More
7 years 1 month ago - 7 years 1 month ago #4 by Flying_Kiwi
Replied by Flying_Kiwi on topic Lindberg Blue Angels F11 Tiger 1:48
Ok so the cockpit is sparse! the seat is not too bad... some detail, the rest of the pit is non existent. i could scratch build some stuff for it but the way the cockpit is closed up there's not a lot of point, and i'm not really feeling like putting lots of effort into this one.

So painted the pilot and seat up best i could : 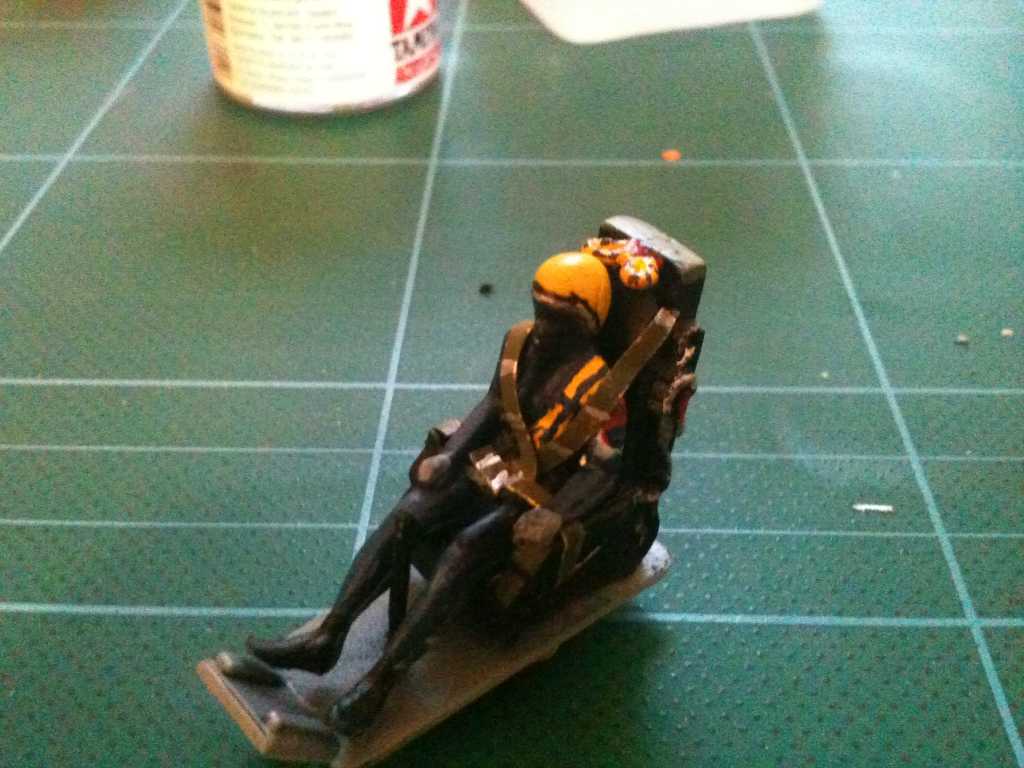 Assembled the engine and painted/weathered the internal cockpit walls, thinking of exposing the engine on this build as it has the option, plus i don't fancy sealing the door up and having to sand back all the panels! 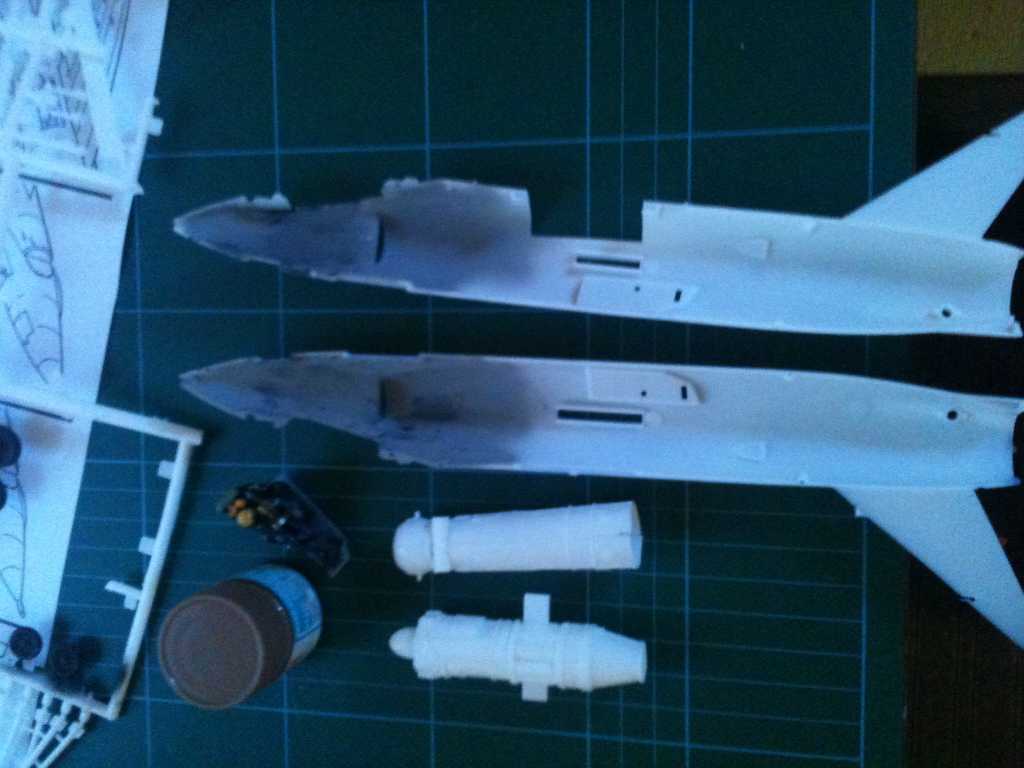 So... some more to be done tomorrow.
Most pilots last words are "Watch this" 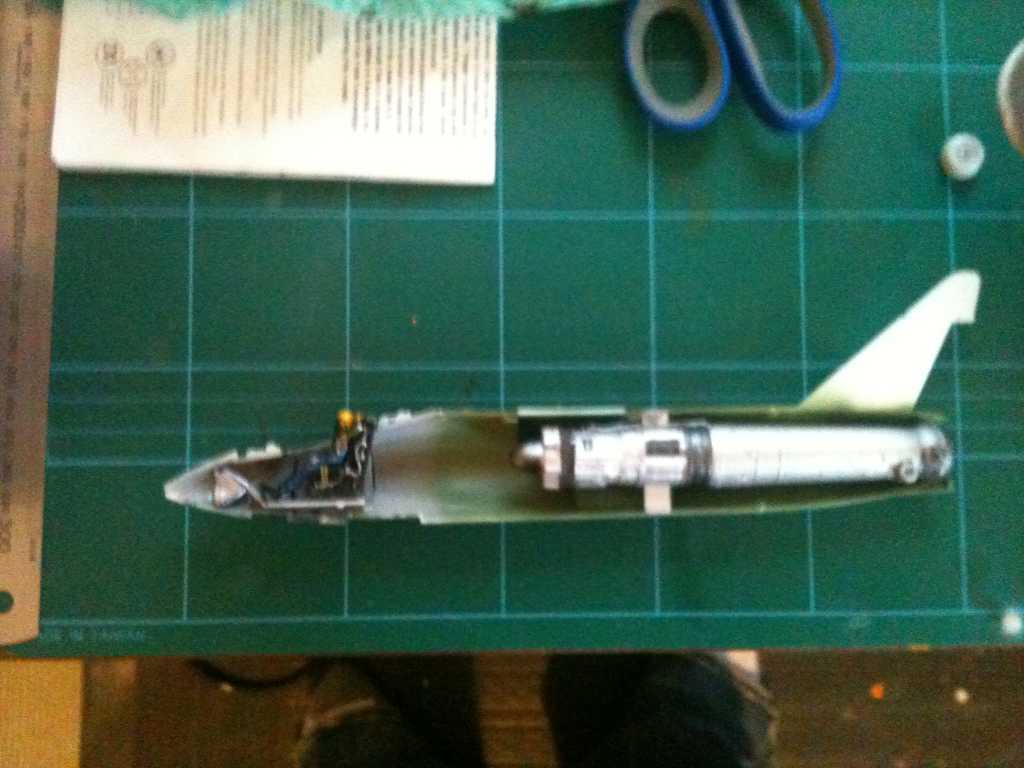 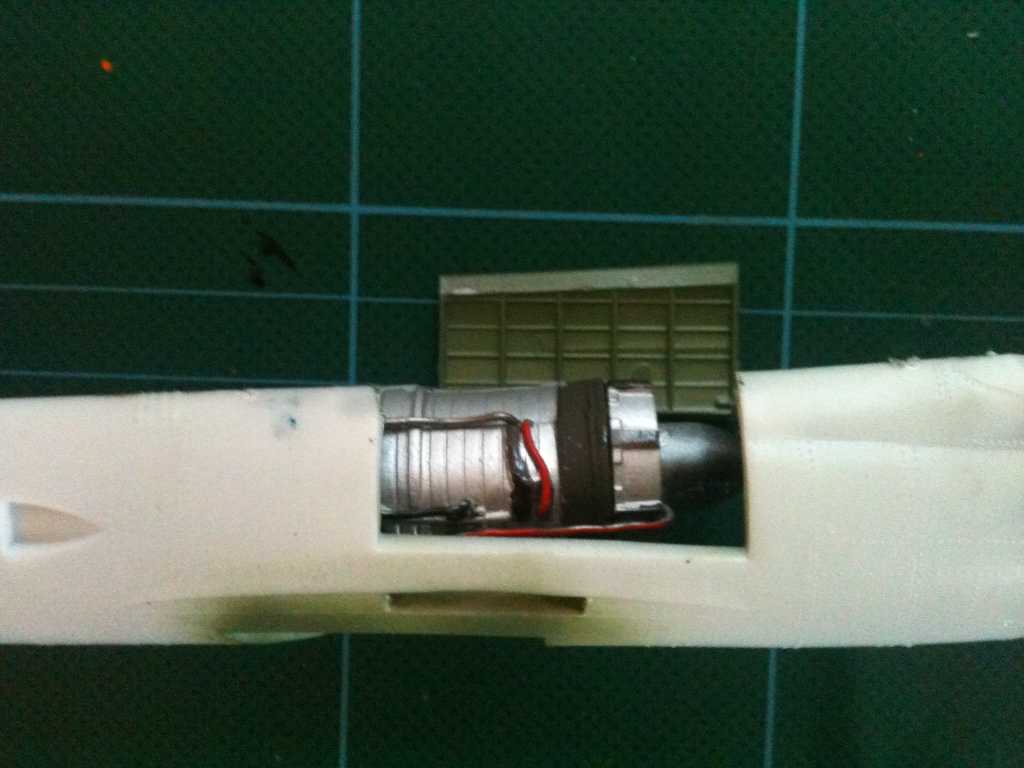 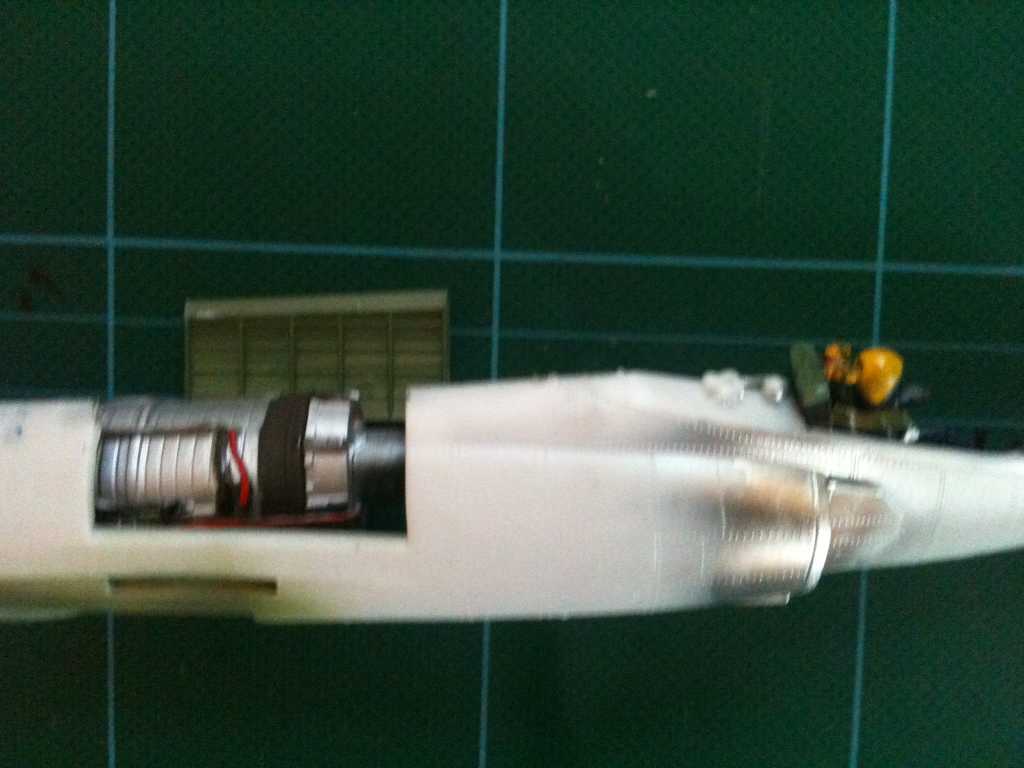 Put the fuse halves together and pre-sprayed the intake edges and the leading edges of the wings with Alclad, now does anybody know how long this stuff takes to cure?? as i tried putting some tamiya masking tape on it about 6 hours after and it came right off, going to leave it for 24 hours, hopefully it can be masked over...does any body know?

Anyway model is actually starting to look ok, probably not hyper accurate and the detail is not great but the fit is pretty good. 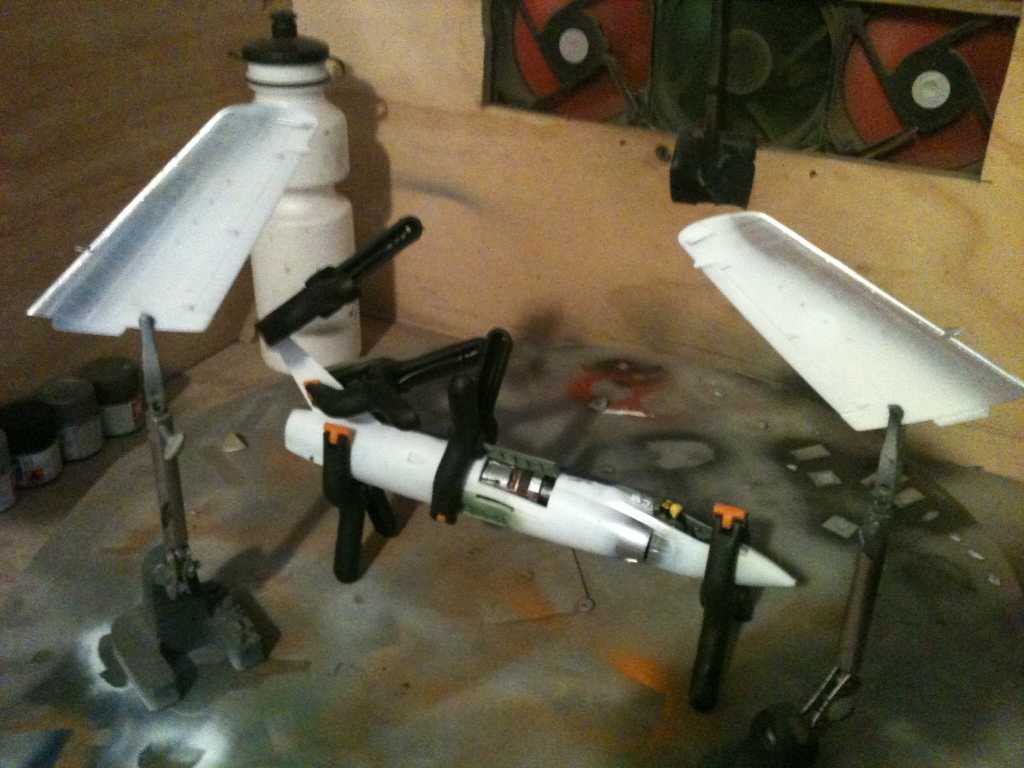 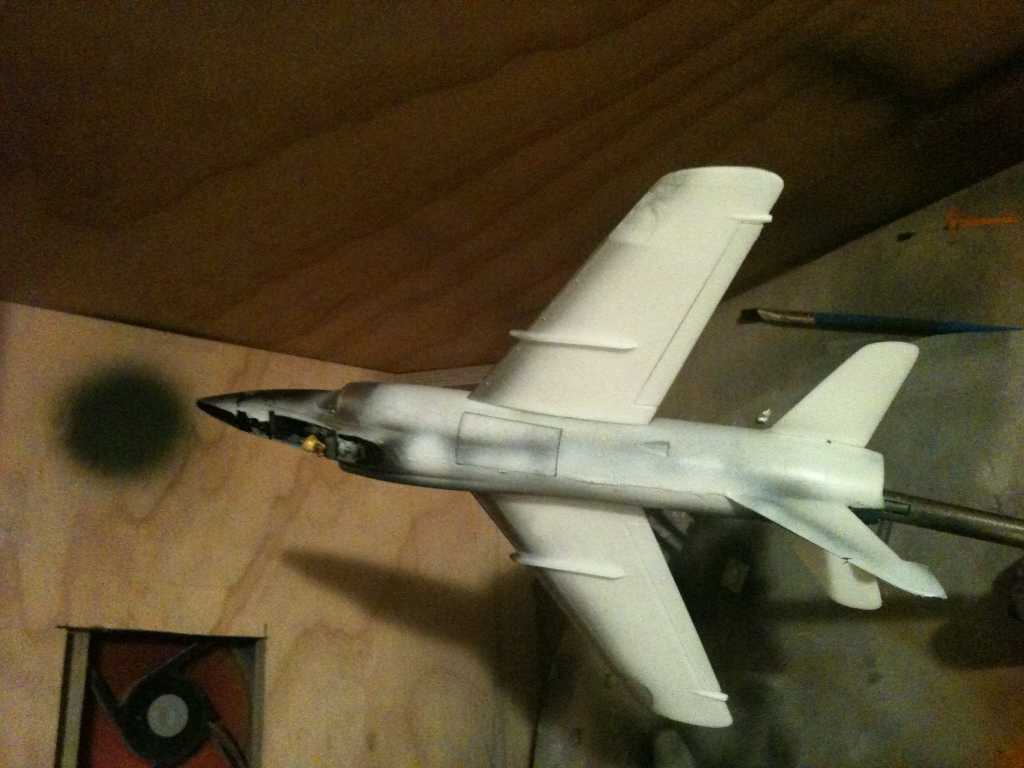 The Alclad finally went on ok. 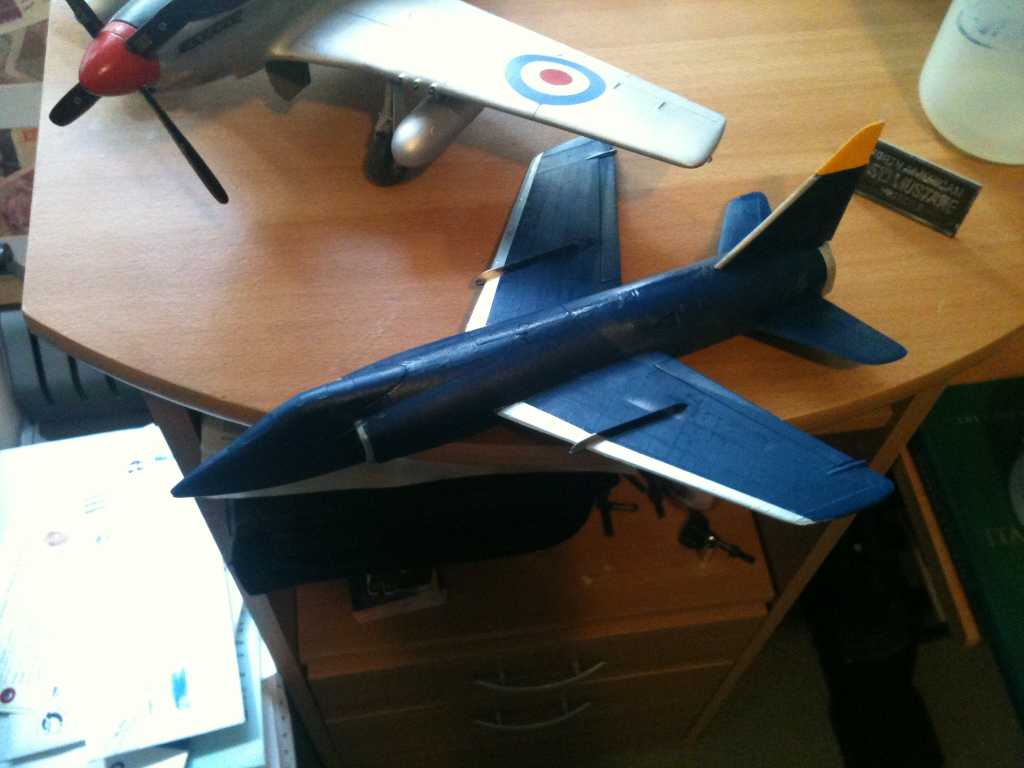 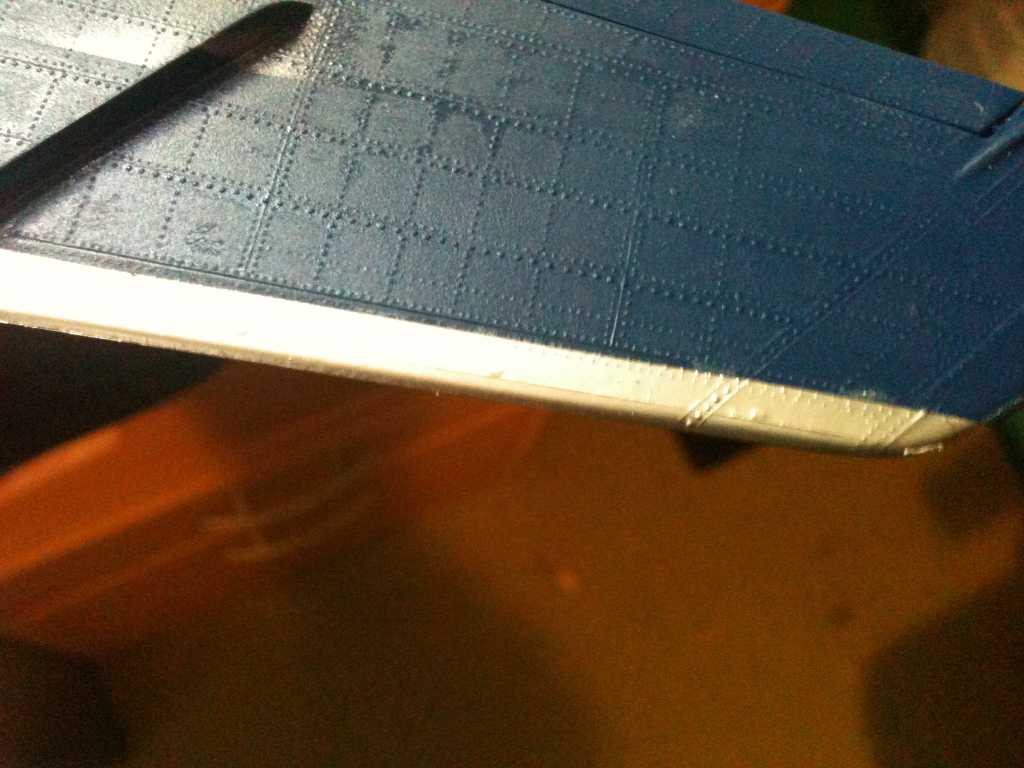 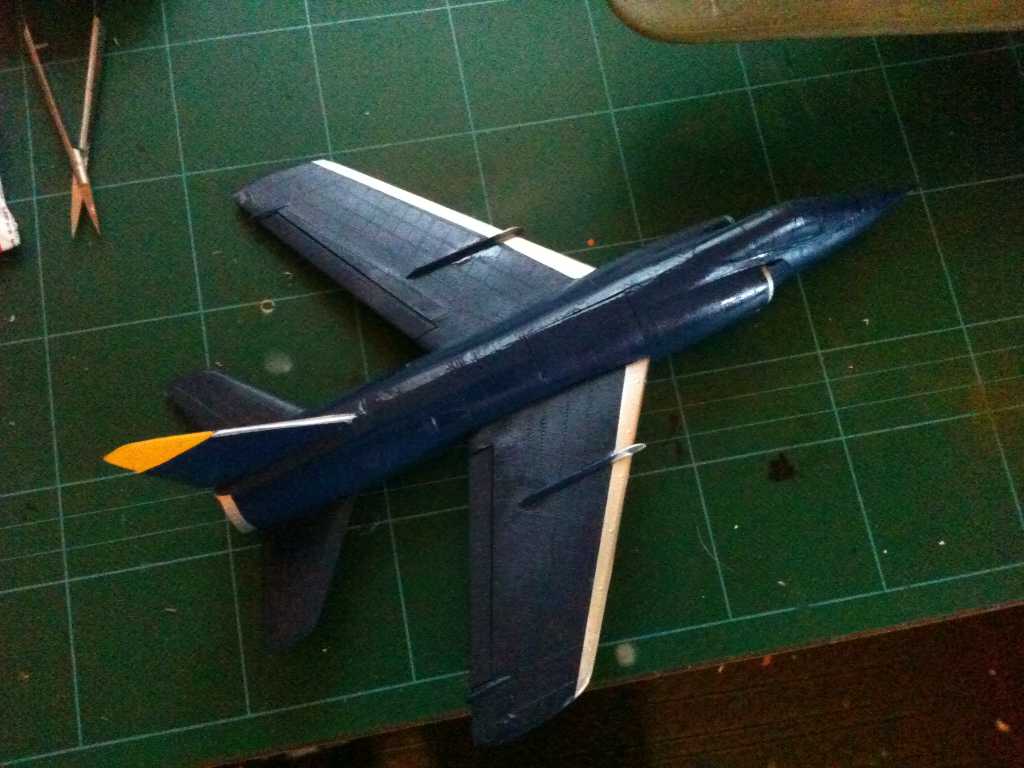 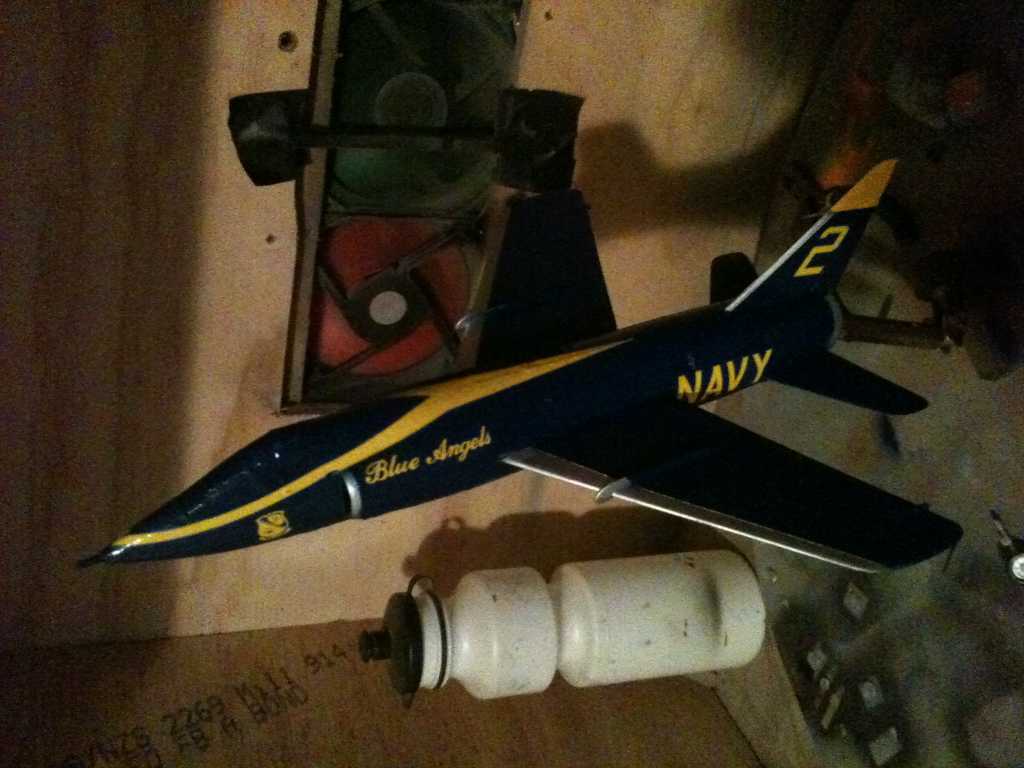 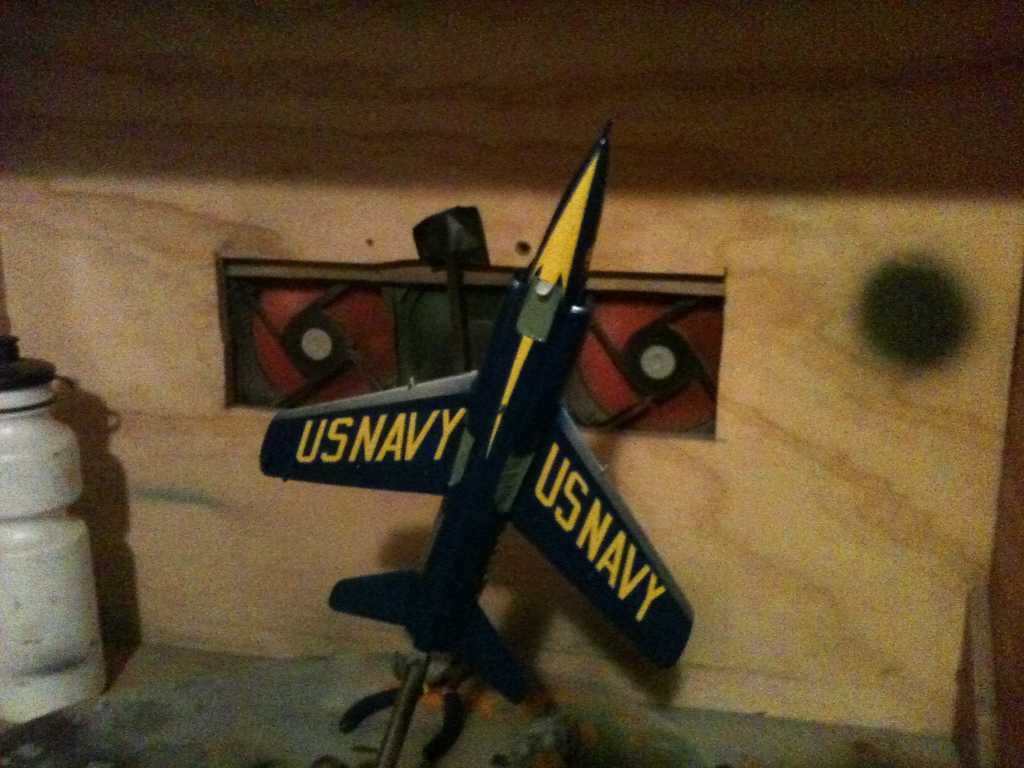 And canopy unmasked, still a few issues with the decals not sitting down, more microsol!! 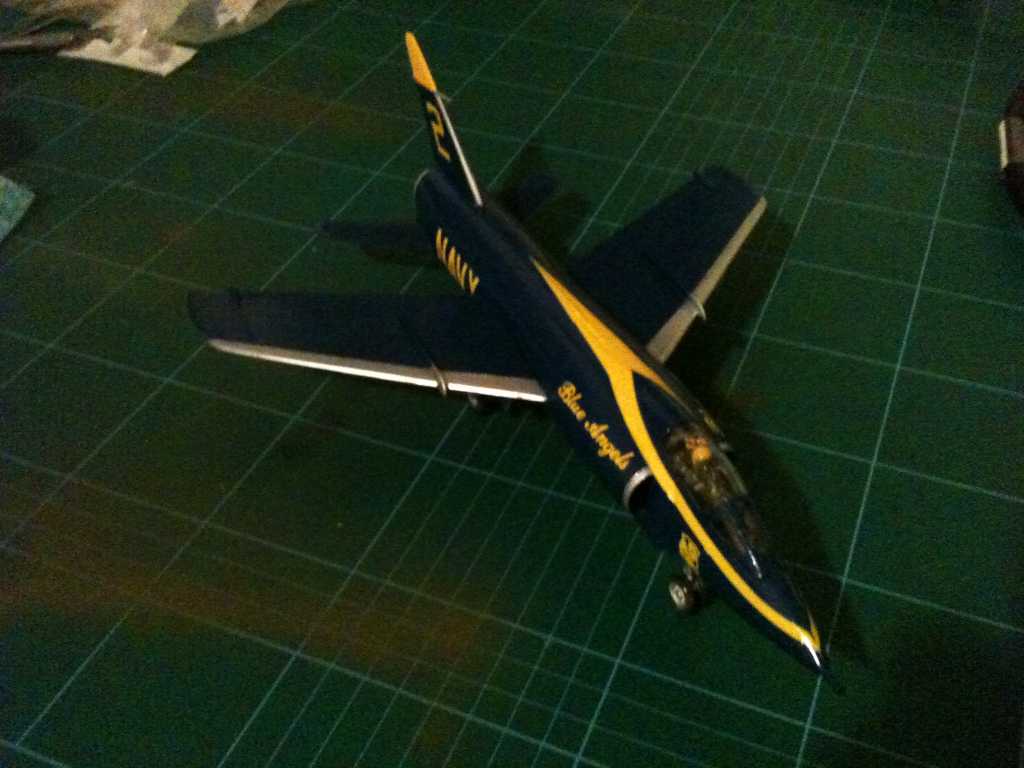 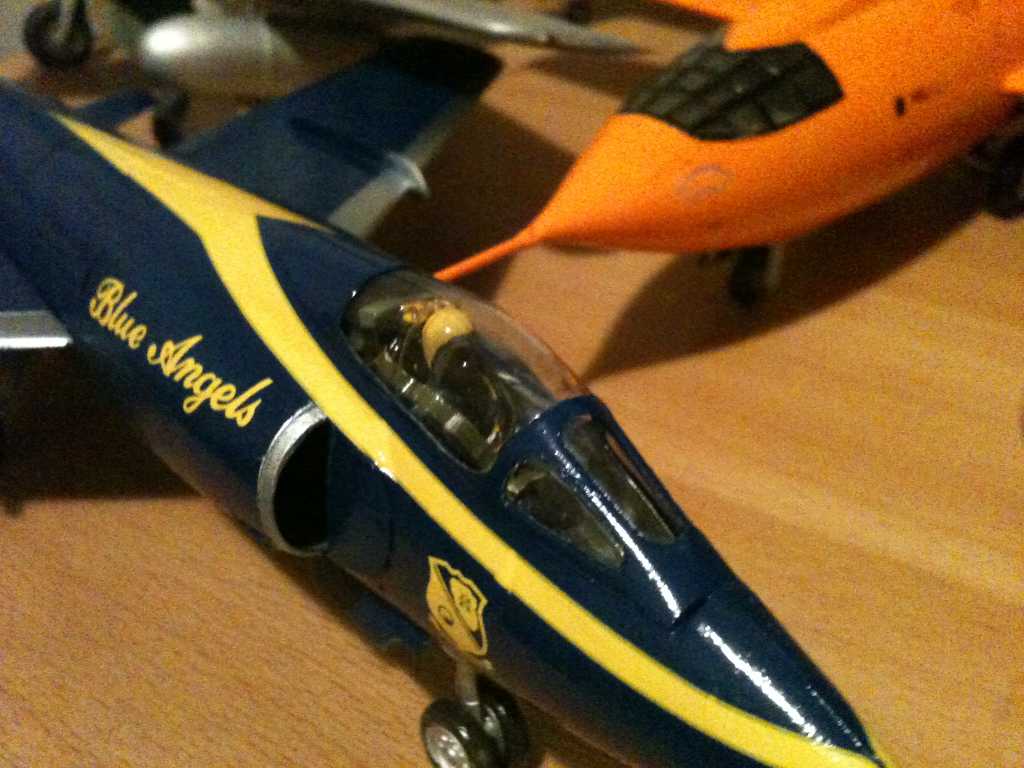 Apart from the crappy fit and poor cockpit detail, ...raised panel lines,...terrible under carriage... ok it was a terrible kit,.. but i have the first of my blue angels jets!

If any body knows a f11 tiger in 1:48 thats on the market please let me know
Most pilots last words are "Watch this"