Tweet Follow @twitterapi
Less More
8 months 3 days ago #61 by grover
Replied by grover on topic Zvezda Star Destroyer
Thanks Corran. I have had the Armistice in my calendar with plans on going but I don’t think its going to happen this year. Just too much going on at the moment.
Kane
On the Bench - Tamiya 1:48 F-117
The following user(s) said Thank You: Nosferatu

Less More
8 months 3 days ago #62 by Nosferatu
Replied by Nosferatu on topic Zvezda Star Destroyer
Ahh Life!! I missed last year due to the wifes treatment so looking forward to this year! Look forward to seeing more progress on this beast tho!!
"Of all the things I've lost I miss my mind the most"
The following user(s) said Thank You: grover

Less More
6 months 2 weeks ago #64 by grover
Replied by grover on topic Zvezda Star Destroyer
So this lump has been sitting on my bench waiting for me to get in the headspace. As much as I want to do an amazingly awesome job, I am starting to realise that I need to balance my expectations with my skill level, and the time I have to do things, otherwise, I won't (and don't) finish anything. So with that in mind, I took the step to get this done, with the understanding I can come back to it and do more at a later date.

So I started by gluing the small parts on that still needed to be added. 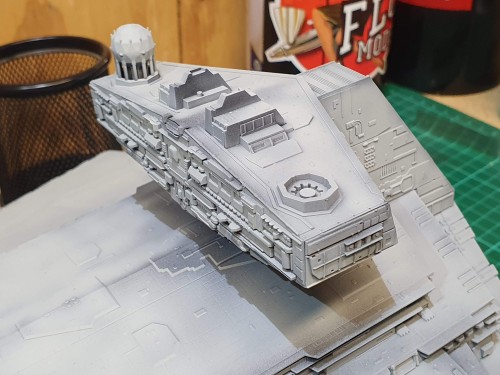 I still had the area I was re-doing to re-spray. That took 5 minutes. 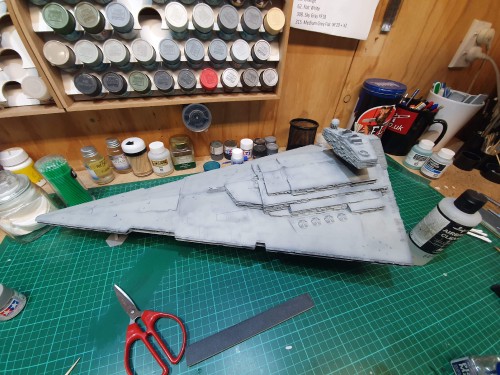 I decided to paint inside the engine areas with a metallic but didn't want anything too shiny, so went with a Mr Metal Buffable Stainless. 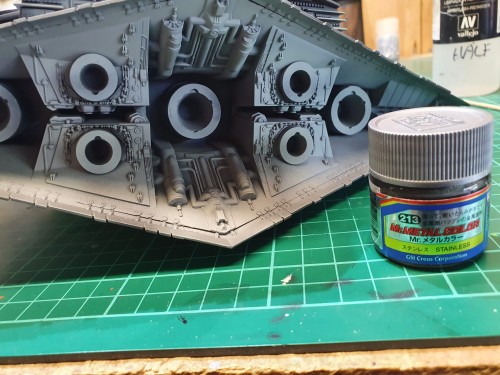 Not much of a difference but enough. Not that anyone will look in there, but I think it was worth doing. 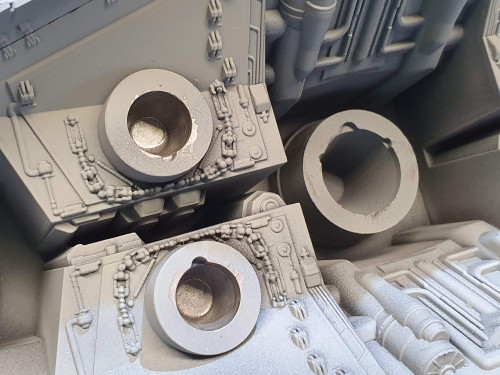 Then I started attaching the engines. This is an example of something I wont to come back to at a later stage as a pin wash will really make this area pop, but because it's such a lump anyway there are natural shadows cast as well, and this is the compromise I have decided to make. 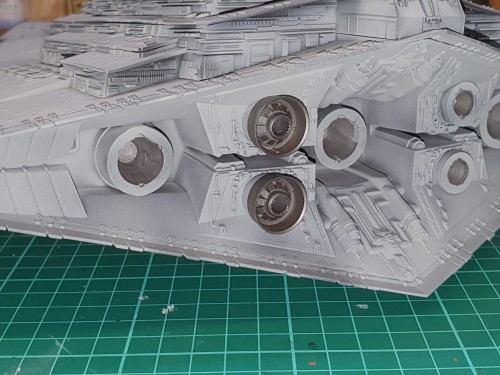 The hangar bay hook/crane got added. I took liberties with its colour as well. I just wanted it to stand out a little 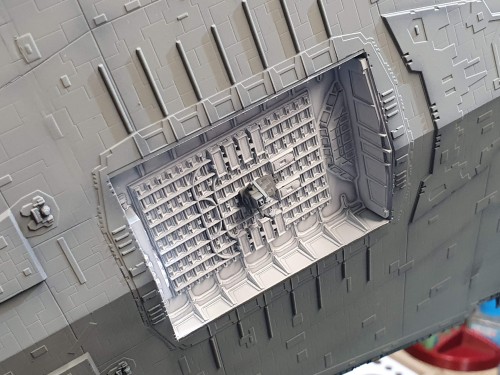 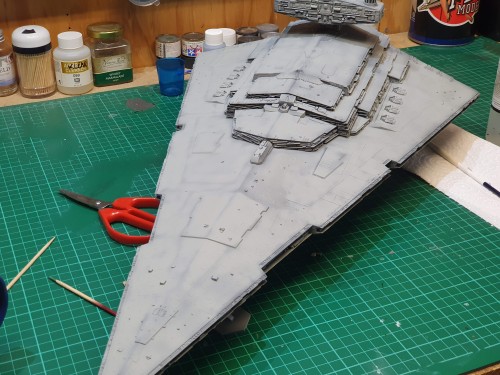