I've never had a lot of luck with aircraft but...

Tweet Follow @twitterapi
Less More
2 weeks 6 days ago #1 by Stevens
I've never had a lot of luck with aircraft but... was created by Stevens
Why not try something different. The B-36 has been my favourite aircraft since I was 12 - the idea of six massive pushers and 4 jets on an air craft the size of a really big thing with a special reason to be really big just appeals. I made a B-36 kit when I was 13 (literally last century) and as a kid you never have the resources or the skills. Over the last couple of years I've mostly been in SciFi working with a lot of resin kits and figuring out my airbrush technique. So I started on the Atlantis B36 kit - which is THE WORST kit I have ever done in terms of fit, but its turned out pretty well given the wing roots are mostly putty, the canopy didn't fit (not just a little, but AT ALL) and is mostly putty. I'm used to gaps in resin kits, but this was the 'gappiest' kit I've ever done. 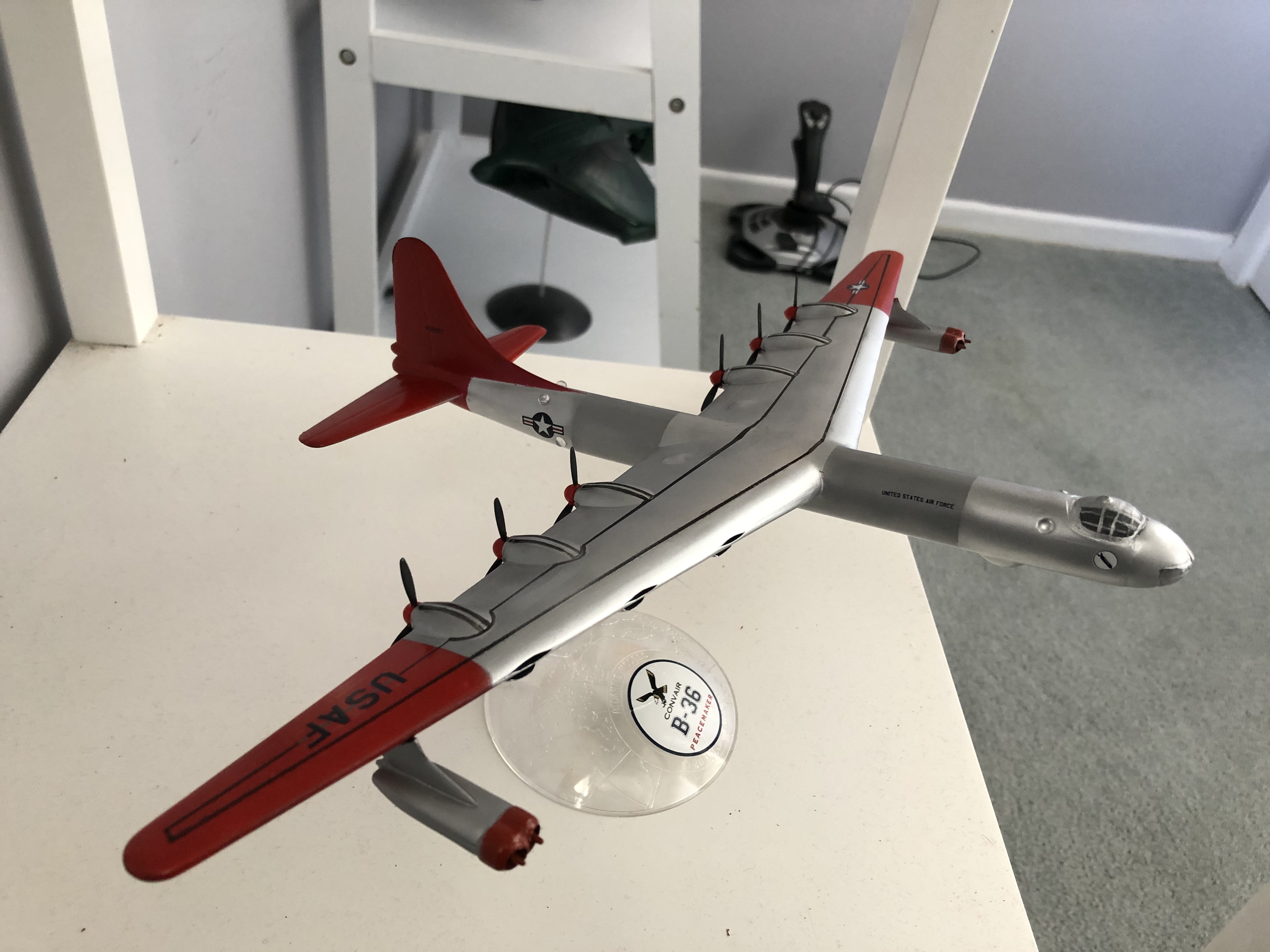 However, I saw a Monogram B-36 on trademe a while back - the same kit I has a kid but it was open, may not have all the parts and had no decals which was disappointing for the $250 starting bid. But then, in a twist of fate an ebay seller for Oregon had a factory sealed kit for NZD $230 including shipping...so whats a guy to do...

Dry fits with a 1/72 airfix Squawk for scale 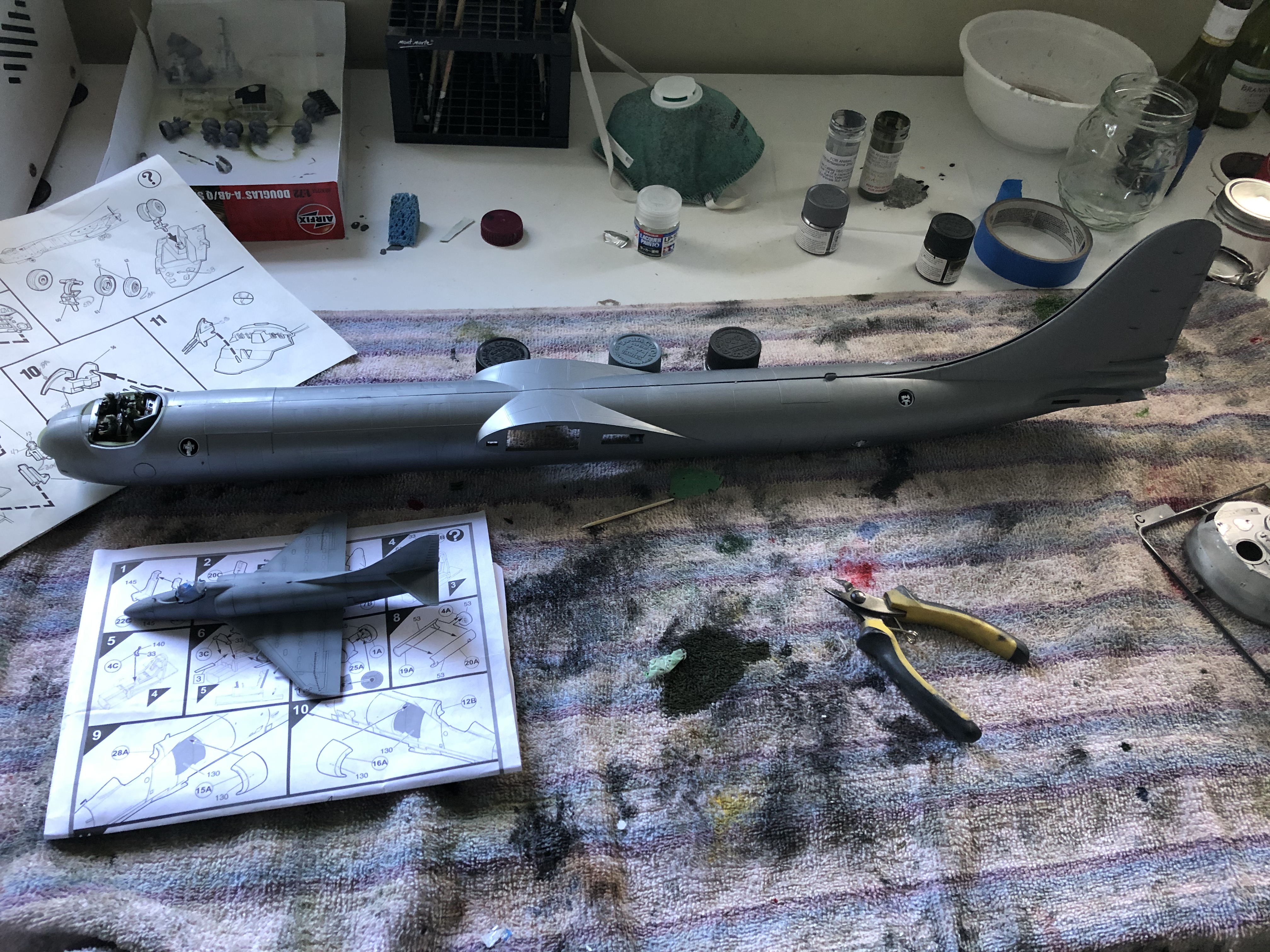 Less More
2 weeks 2 days ago #3 by Stevens
Replied by Stevens on topic I've never had a lot of luck with aircraft but...
A bit of dry fitting of the wings. I am not looking forward to dealing with the seam line at the top but some sanding sticks are on the way 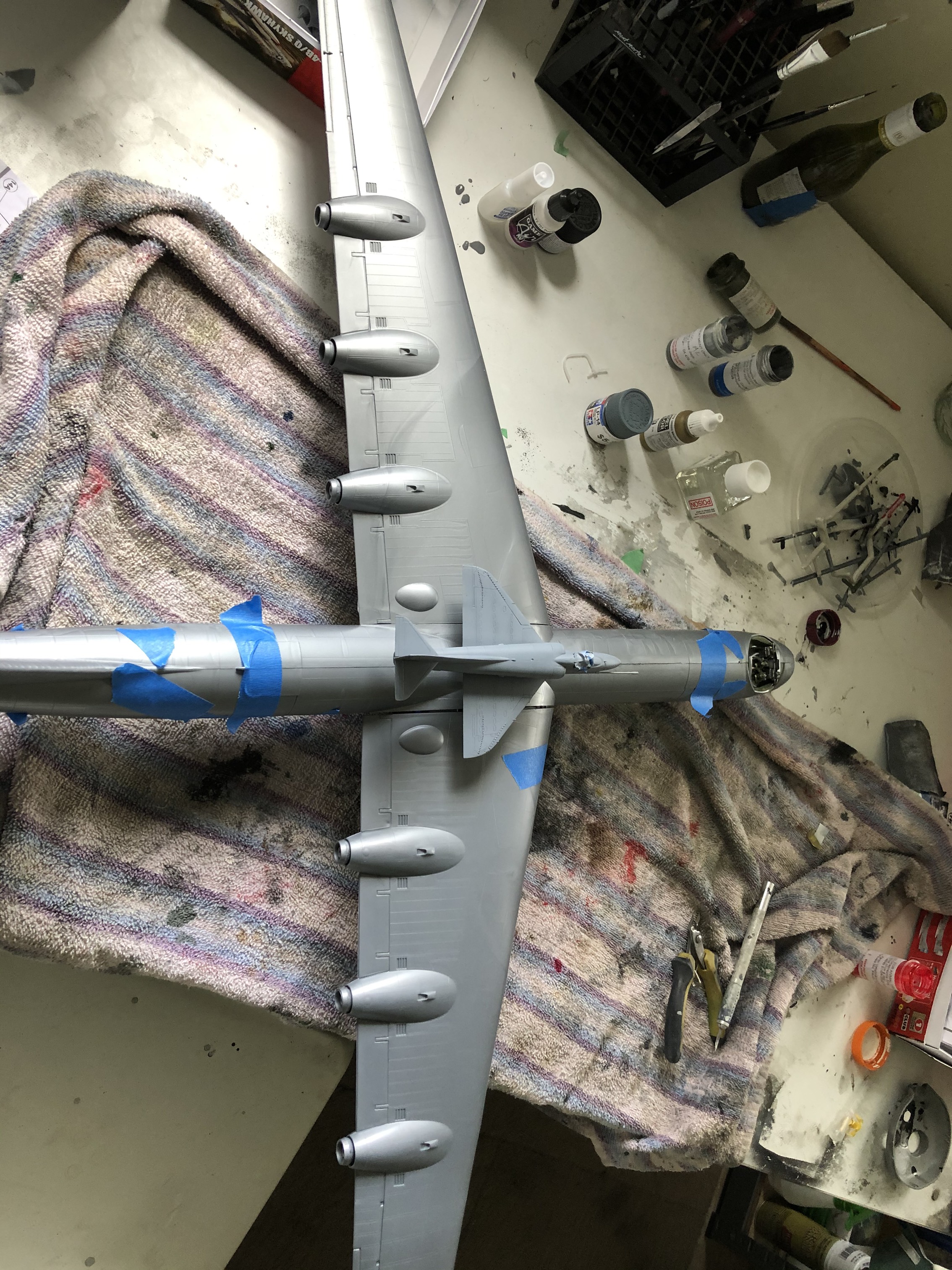 This kit is huge, well detailed - but surprisingly view parts. The only thing I am not happy with is the rear turret and 20mm cannon need to be in place before the fuselage is joined together (the front cannon I can leave out). Seeing as there is going to be a lot of handling for filling and sanding I'm going to make a little cardboard cone to fit over the end to protect them.