Tweet Follow @twitterapi
Less More
2 years 4 months ago #1 by yak
Help needed please was created by yak
The other day i got a call from a local man with an interesting request. A friend of his had died recently and left him a.... trophy i guess you'd call it, and it'd been polished so much that the chrome was worn off and instead of getting it rechromed he would like it painted to represent his friends aircraft. I went and had a look to see what it was so i could do a bit of research and see if it was possible. Talking him i found out that the pilot Sqn.Ldr.C.M.Gibbs was a man that was not fond of talking about what he had done and had never written memoirs so he didn't have much info on him other than that he was in WW2 and stayed with the RAF after the war to fly jets and also flew the lead plane for the fly past at churchill's funeral. He had no family in NZ and there was no death notice for him in the paper which i found rather sad to hear.

Anyway with my limited ability with computers i have found a bit of info on Gibbs. Born in Wellington and living in Taumarunui when he joined the airforce at 19. Had a brother in the navy. Few everything from Dakotas in the desert to EE lightings, had D.F.C and got to A.V.M before retiring from the RAF.

He was the Sqn Ldr of 118 Sqn at Jever Germany from Feb 1954 to Jan 1956 flying Hawker Hunter F.4s. So what i need help with is the details of his personal aircraft from this period so i can replicate it and also if anyone knows where i could get decals for 118 sqn hunters in 72nd scale.

Any help would be greatly appreciated. 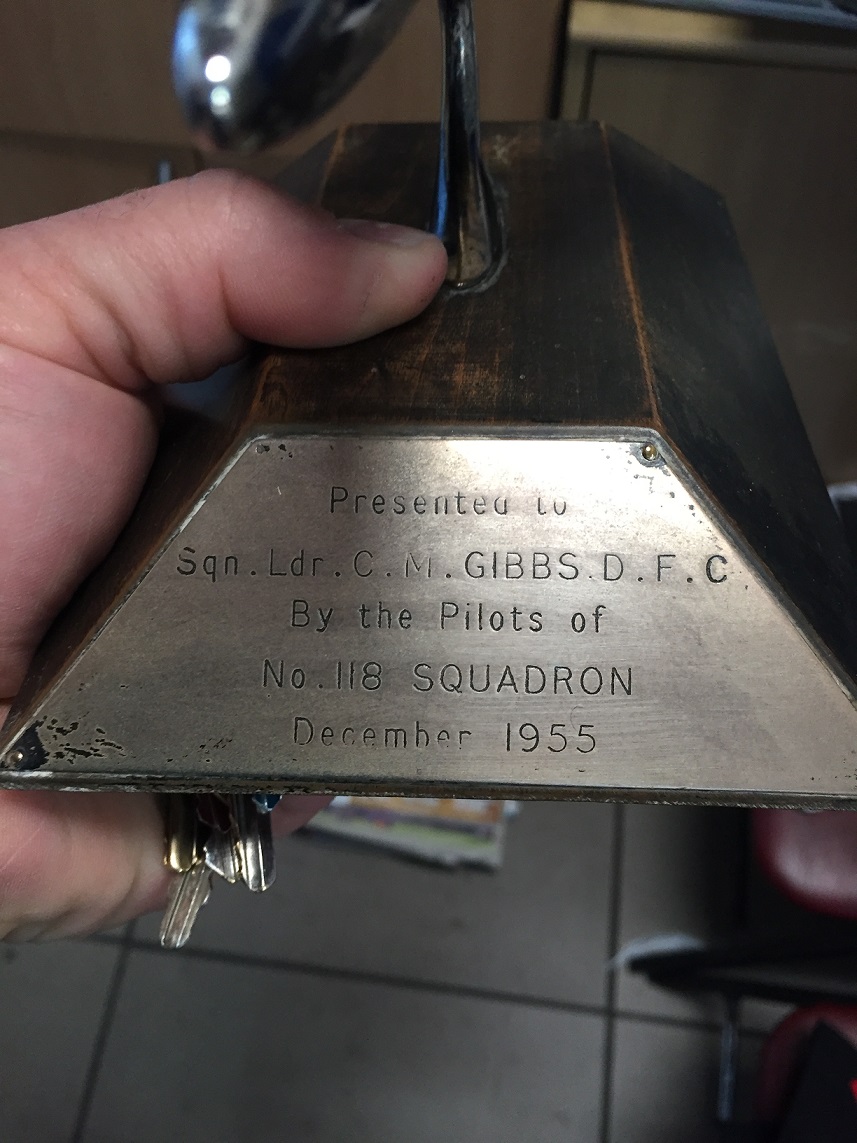 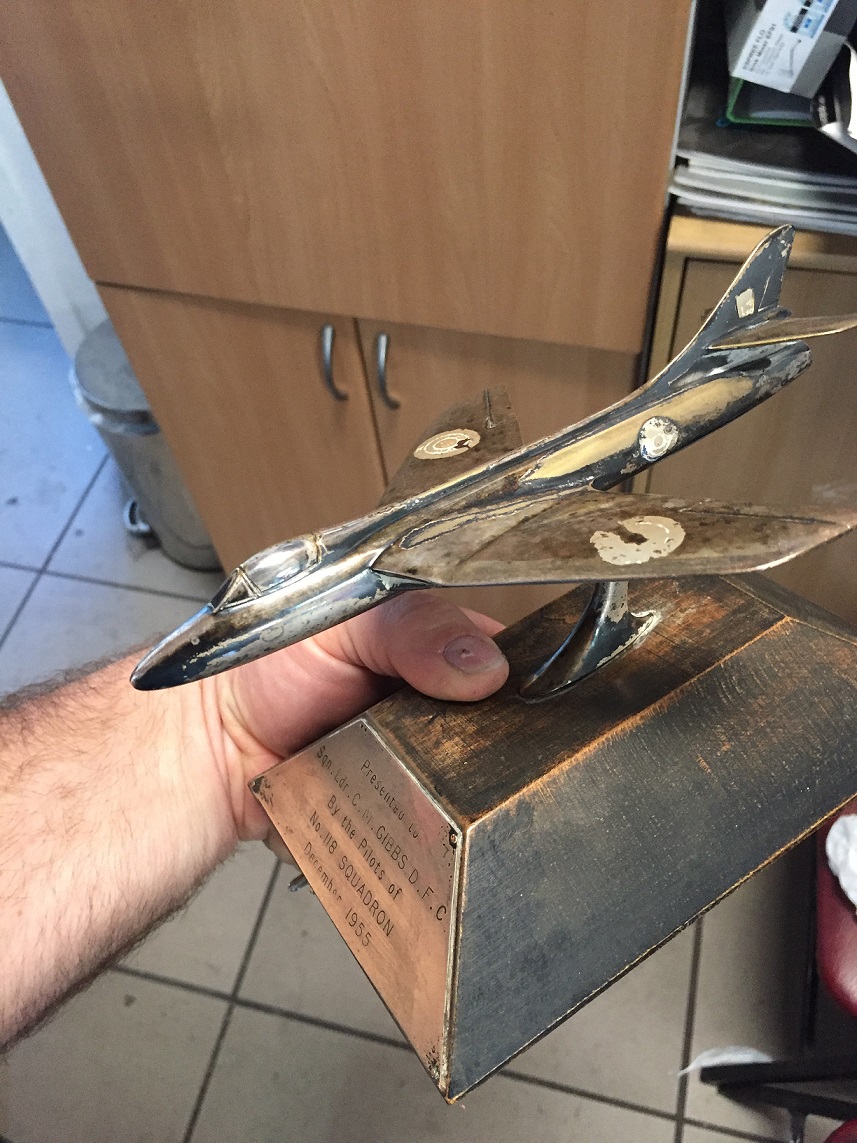 Less More
2 years 4 months ago #2 by Viperbuilder
Replied by Viperbuilder on topic Help needed please
I recognise the name so I'll see what i can dig up for you. It may take a few days. 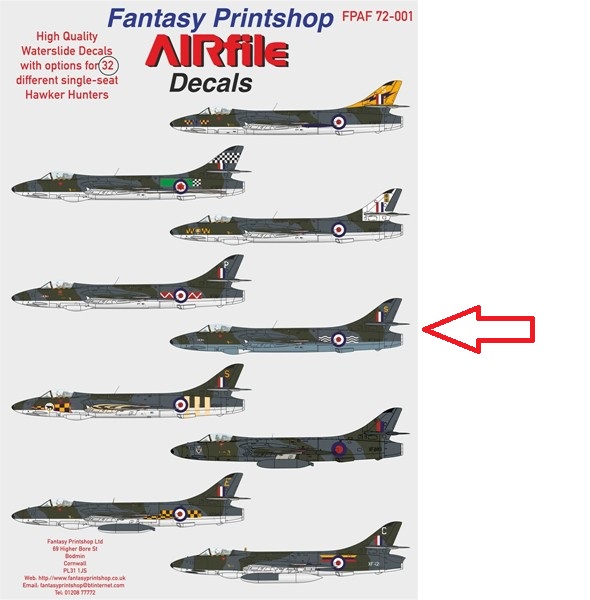 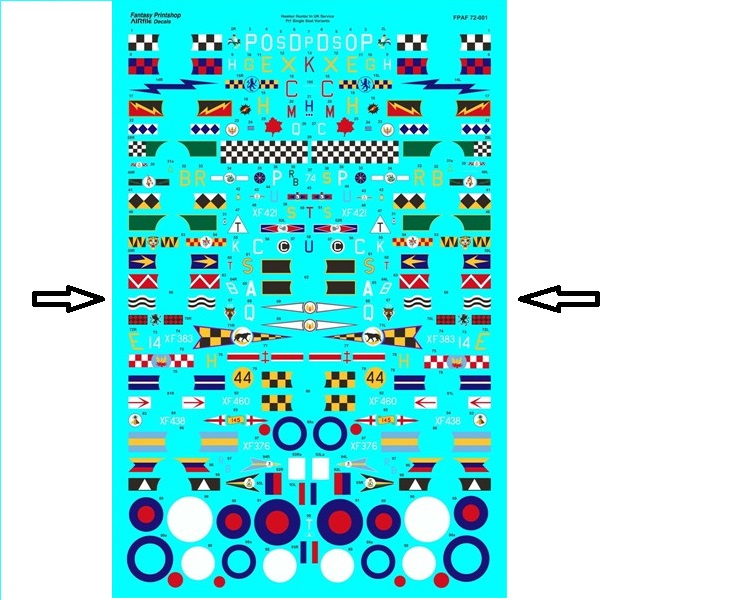 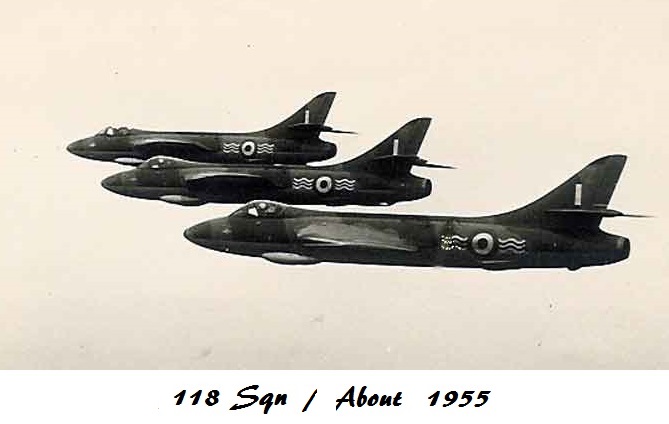 Less More
2 years 4 months ago #4 by Bishop
Replied by Bishop on topic Help needed please
Very kind of you to do this makeover Rob. Please keep us posted.
Amateur plastic surgeon!
The following user(s) said Thank You: yak

Any info you could find would be great Steve, He is an older gentleman and probably worse than i am at finding things on the computer. He asked that anything i find if i could pass on to him so he could read about his friend.

Sure will bishop but it may be awhile before i get started on this as we are halfway through a reno on the house which is why i havent been around for the last few months.But hopefully i'll end up with a new model workshop if there's enough money.

I did find this photo but the text says May 1956 so after he had left the squadron and i'm not sure if the new CO would just use the last ones aircraft or would choose another as his own. any thoughts? 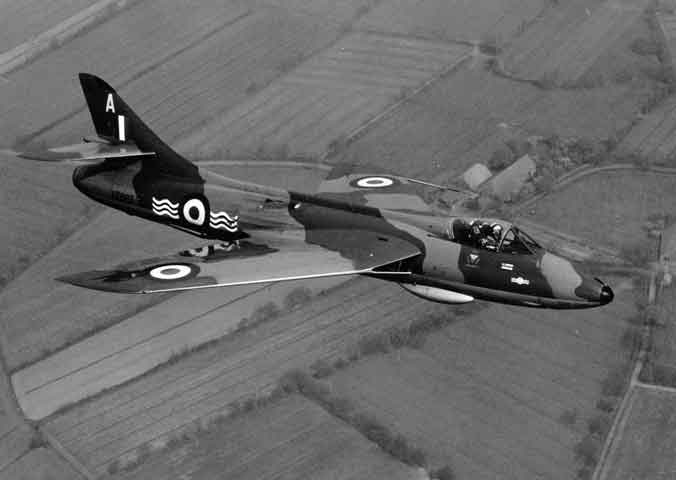 The squadron continued its busy schedule into 1954 and in February 1954 came under
command of S/L C M Gibbs DFC. One of the highlights of the year was Exercise
'Battle Royal' when the entire Wing deployed as part of the 'Northland' force with
123 Wing. The Venoms occasionally travelled further afield, to Cyprus or Libya for
live firing practice in better weather, though Sylt was the more usual venue
however. By 1955 the Venom too had become outmoded and it was decided that 121 Wing
would be re-equipped with Hunters. Thus in May 1955 118 left its Venoms at Fassberg and
on the 6 May 55 moved to Jever which had longer runways and began to re-equip with the
elegant and potent swept wing Hunter F 4. No 118's partners in the Wing at Jever
were Nos 4, 93 and 98 squadrons and a healthy rivalry soon built up. The squadron's
role was now purely day fighter and so the emphasis on training changed to more air
combat and sessions of practice intercepts, sometimes under GCI control. Air to air
firing of the Hunter's formidable battery of four 30mm cannon was usually done at
the Sylt APC. No 118 quickly worked up on its new mounts, but suffered a severe
loss on 20Oct55 when FO Rogers in Wt738 and FO McLennan in Wt537 collided and
crashed near Hamburg and both were killed.

During December 1955 the CO left and was replaced in January 1956 by S/L N C P
Buddin under whose leadership the squadron continued to provide for the defence of
the West. He took the squadron to Sylt in March 1956 for three weeks of air to air
firing following which the squadron returned to Jever and continued on its routine
activities. Later in the year rumours of possible cuts in the RAF's fighter force
began to circulate and came to fruition in the now infamous 1957 Sandys Defence
review. This called for savage cuts in the RAF's manned fighter force, one of whose
victims was No 118 squadron which was disbanded at Jever on 22Aug57 after six
very successful years in Germany.

In a lot of instances, the squadron C.O.'s used the code letter A, but that isn't a rule of thumb. I'll have to check through the Hunter individual aircraft histories and see if I can pick up any particular aircraft that Gibbs flew.

As far as camoflage colours go, Hunters of this period, until 1966, were painted in gloss Dark Green 641 and Dark Sea Grey 638 with High Speed Silver (Aluminium) undersides.

Having said that, it would appear most of the required markings outside roundels and stencils are black and white. If you can scrounge a sheet from a Revell kit from someone to use the main markings, I am happy to produce decals for codes, serials, squadron bars, names etc for you if I can.
On The Bench (2021)
Hasegawa 1/48 F-4J Phantom
Tamiya 1/48 Martlet IV conversion
Hasegawa 1/48 TAV-8B Harrier conversion
Trumpeter 1/32 A-10A Thunderbolt
Tamiya 1/32 F-14B Tomcat conversion
Hasegawa 1/72 F-104S Starfighter
Hasegawa 1/72 UH-60A Yanshuf conversion

Less More
2 years 3 months ago #9 by yak
Replied by yak on topic Help needed please
Steve, that’s awesome thank you for this. Was going ask if they would be gloss as the fuselage roundle can be seen reflecting on the wing in the photo. So is it just the green that’s gloss or the whole thing?

Craig, thanks that’s a kind offer. I went to buy two of the decal sheets from the link Maarten added but was going to be $86 nz landed. I’ll see if I can order a pair of hunters from somewhere one to raid the decals from and reading about the man and him being apart of our region i’d Like to build one for myself.
Rob

All the colours are gloss.

How do you go about stripping the chrome from the Model and do you have particuar paints lined up to paint the model with?

I checked through individual histories of Hunter F.4's delivered to 118 squadron. All of the X-series numbered Hunters were delivered after Gibbs left the squadron so they can be eliminated. None of the individual histories identified Gibbs as someone that flew them, however, there is an interesting airframe that was delivered to the squadron in March 1955, WW657/G. It was initially given an A code letter but this was quickly changed to the G code. This may be an indication that Gibbs selected it as his aircraft after it had been delivered. However, as with most squadron aircraft, it would be fairly impossible for one aircraft to be flown by only the one pilot as about a third of the aircraft would be undergoing maintenance and pilots would have to select from available serviceable aircraft.

The only real way to know which airframes Gibbs flew would be to look at his logbook or the squadron record.

Less More
2 years 3 months ago #12 by yak
Replied by yak on topic Help needed please
Cheers Steve, yeah i knew that the pilots would fly whatever was serviceable at the time just looks like a sqn leader badge on the nose of "A" in the above pic so if i can find out if one had that at the time he was there I would just go with that one. WW657 sounds interesting, I guess he could have gone with "G" for Gibbs? He donated his log book to the Auckland museum a few years back so might be worth sending them an email with the details on what i'm doing and see if they could scan some pages for me. With the chrome i'm not going to remove it but use a mini sand blaster to get a key on it and then a coat of epoxy primer and paint as per normal from there. I havent looked into paint at this stage but will most likely use tamiya,AK or model master what ever i have that is the right colour but with it being a gloss finish will use 2K clear to make is easy and hard wearing for the years of cleaning ahead of it.
Rob

Less More
2 years 3 months ago #13 by Viperbuilder
Replied by Viperbuilder on topic Help needed please
Cheers Rob. If you go the Tamiya way for the paint then XF-54 is a good match for Dark Sea Grey and XF-81 is RAF Dark Green.
If you do contact the Auckland Museum it would be useful if you could get them to scan the pages of Gibbs' log book for his 118 squadron service flying Venon FB.1's as well as the Hunter F.4 as I wouldn't mind building models of the two aircraft types he flew (if you don't mind asking).
Thinking out loud, it would be great if the guy getting you to refurbish the presentation trophy also donated it to the Auckland Museum in time to put with Gibbs' other effects held there.
Regards
Steve
On the bench:
Airfix 1-48 Tiger Moth